1992 saw the delivery of some pretty impressive titles. This was certainly one of them. Hard to believe a Mario Kart game could fit into the SNES, but not only did it happen here, it also sparked a major series that has lived on to this day. After this game was released, go-kart racing games suddenly became one of the big racing sub-genres out there. With the N64 era just around the corner, go-kart racing games only flourished thanks the possibility of decently polished 3D environments. A lot of this is thanks in part to the developing technology of the time, but some of that was likely also thanks to this pioneering game.
Score: 86%

It can be tricky to find a hardcore FPS gamer who hasn’t heard of Quake II. There’s good reason for this. Quake II both built on the success of the original Quake game and veered away from the gothic feel into the genre of sci-fi. The result ended up being a perfect storm for the creation of a great game. The graphics were nicely done, the animation effects were impressive, and the level design was quite impressive. Almost hard to believe this game was released clear back in 1997.
Score: 86% 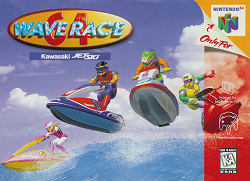 A launch title for the N64 and what a launch title it was! Until this game was released, chances are, players could only expect animated gif’s to represent water. When this game came along, the fluid dynamics alone was enough to blow people’s minds at what is possible in a game – let alone a racing game. This 1996 game not only offered the thrills of racing on jet-ski personal watercraft’s out in the big unpredictable ocean, but did so with interesting race dynamics – and that’s not even getting into stunt mode. This fun game is certainly worthy of our top ten list this year, so what are you waiting for? Follow that dolphin!
Score: 86% 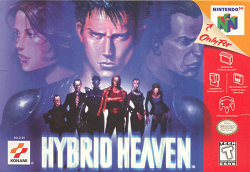 How this gem from 1999 flew so well under the radar is beyond us. This game delivers a unique blend of sci-fi action, MMA style fighting, and alien conspiracies all wrapped nicely into the RPG genre. Build your characters fighting abilities up and take part in hand to hand combat against biological weapons that were genetically engineered to take over the world. This game will continually reveal secrets to you again and again as you play through the various difficulties.
Score: 86%

Who knew that a little side scrolling racing game from 1985 would deliver so much fun? Excitebike remains to being one of the big classic games on many peoples best games lists with good reason: what looks like a simple racing game ends up being a very complex high flying action-filled game that pits you against the clock and numerous opponents. Even with only a limited number of races, this games difficulty curve is both approachable and challenging. The track editor only serves to send the replay value through the stratosphere.
Score: 88%

This game was made famous on the N64 for being both incredibly expansive and challenging. In 1999, it was ported over to the PC with some minor tweeks that made this game even better than the N64 version (Yay save anywhere feature!). While some criticized the fog distance, there is still plenty of ways to praise this game such as the impressive features, the smoothness in the animations, the level sizes, the interesting missions, the challenging puzzles, and the huge array of enemies. What’s not to love about riding on a giant dinosaur equipped with grenade launchers, a machine gun, and unlimited ammo as your enemies flee in terror?
Score: 88%

Now we’re getting into some huge scores. Released in 2000, this game impressed may gamers with it’s incredibly in-depth race courses, dazzling graphics, and the ability to mix and match car parts to suit your racing needs between each race. With unlockables all over the place, an adventure style coin collecting feature, and a funky stunt mode, this game just continually delivers on the fun. You know you’re in for some fun racing action when a rocket powered car is available right away.
Score: 90%

It’s like we’re seeing double. Starting into the top 3 list is the N64 version of this game which was also released in 2000. Like it’s powerhouse cousin on the Dreamcast, this game features impressive graphics, an interesting coin finding system, a neat stunt mode and an array of unlockables. While the differences are few, this game just barely edges out the other version. Rush!
Score: 92%

Sometimes, great games gradually fall off the radar for some. In this instance, this game not only stayed on the radar, but also clinched the runner-up position on our list. With a rich array of mini-games, compressed 3D graphics (on a SNES!), interesting playable characters, and a whole world waiting for you, this RPG game should be a must play for RPG fans.
Score: 92% 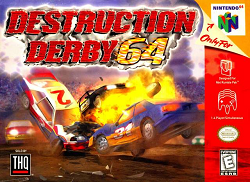 There can only be 1 game that takes the top spot. This year, it’s this 1999 addition to the Destruction Derby series, Destruction Derby 64. Some consider this not really a true addition to the series, but that is borderline scandalous given the unmatched level of fun this game delivers. This game boasts a large assortment of tracks including a small collection of melee races, a huge variety of vehicles, a large number of unlockable vehicles, incredibly memorable audio, and a borderline insane announcer that just pushes this game over the top and up to near perfection of what a game should be. Get Guinness on the phone!
Score: 98%

Today, we’d like to throw in a few other games that just didn’t quite make it to the list. These games are most definitely also praiseworthy.

Diablo (PC):
An impressive game that should get instant recognition from RPG fans everywhere. You take the roll of one of a small set of characters and explore the massive dungeon with the primary mission of taking down the notorious demon, Diablo.
Score: 82%

Wolfenstein 3D (16-Bit DOS):
Another classic game, this time of the FPS variety. While the SNES version watered down some of the controversial elements, this game is the real deal for what Wolfenstein 3D is all about. While a higher difficulty is present in this game, it’s still more than approachable.
Score: 82%

Destruction Derby Raw (Playstation):
A second Destruction Derby game has made the list, and with good reason. With a nice variety of both cars and tracks, not to mention modes of play, this game is packed with raw fun. While not as incredible as the N64 version, this game certainly holds its own. Can anyone stop the mechanical mayhem?
Score: 80%

Midtown Madness 2 (PC):
While the prequel received scorn, this sequel received praise here. This game kept most of what made the first game bearable and fixed much of what broke the first game. The result was a very strong entry into the series – so much so that it is being mentioned here. A great racing game to say the least.
Score: 80%

Well, that concludes 2015’s best games list. We certainly look forward to what we can uncover in 2016.