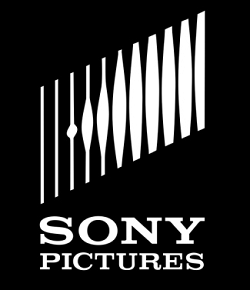 There’s been a development in the Sony hacking story. Earlier this month, Sony threatened to send legal notices to those publishing their leaked e-mails. Now, it seems that those threats are being carried out.

The Sony getting hacked story has become one of the biggest stories in technology this year. As the year comes to a close, there’s been yet another development. Last week, Sony threatened Twitter with legal action if they allow users to publish the leaked e-mails Sony calls “stolen”.

Now, it seems that some of the threats Sony has been sending out are being carried through. According to Arstechnica, a DMCA notice was sent to Twitter demanding that the tweets be taken down because the e-mails were, curiously enough, copyrighted. Twitter, for its part, has left most of the tweets in question up and has not suspended the users account.

Of course, Twitter users are not the only ones publishing the leaked information. Online media outlets and blogs such as Buzzfeed and Torrentfreak have been publishing leaked information as well. So the question is, why go after one little Twitter user? It’s possible that Sony is testing the legal waters of stopping the spread of embarrassing information by going after what they may consider as the easiest target. If some kind of momentum can be gained by taking down the account, then maybe they could start targeting larger entities. Unfortunately for Sony, Twitter has proven resistant and has opted to defend the user for now.

So, where things go from here is a bit up in the air. It’s quite possible Sony may use various means to simply pressure Twitter into complying with their demands. Sony may think that if enough pressure is applied, then it may not make financial sense for Twitter to continue protecting its user and simply choose the easy rout of just suspending the account.

One to keep in mind, though, is that this kind of story isn’t exactly unprecedented. The US government itself has had embarrassing information leaked online via Wikileaks for the last few years now. Some of the most famous examples were the collateral murder video, the war diaries and cable gate as allegedly leaked by then Bradley Manning, and the spy files as leaked by Edward Snowden and assisted by British news outlet The Guardian through Glen Greenwald. The US, for its part, has been applying a lot of pressure to stop the spread of the information and has had some success by cornering Julien Assange in an embassy in the UK for the last few years. Other supporters of Wikileaks have had various forms of pressure, but the content is still available to this day.

A takeaway from these previous cases is the fact that the age old piece of wisdom that once something has been published online, it’s next to impossible to take it back off the Internet still holds out to being true. Still, that doesn’t mean that there can be casualties in efforts to take said content down. So, for some, it’s not without cost that the information remains online.

For now, it remains to be seen where things go from here. Will Sony decide to target other sites for spreading leaked information or simply stop at a Twitter user or two? That is entirely up to Sony at this point in time.