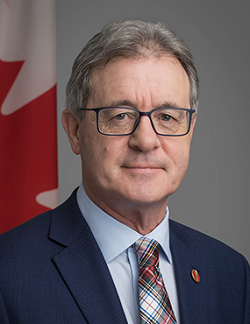 A Canadian Senator says he was “swamped” with e-mails from Canadians who are opposed to the legislation. Bill C-10 is in limbo now.

A Canadian Senator has spoken about his experience with Bill C-10 and the Canadian response to the speech regulation bill. He commented that he has been swamped with e-mails from Canadians of all walks of life not wanting this legislation. That’s not all he is saying.

As we previously reported, Bill C-10 is now in limbo after the Canadian Senate adjourned without passing the legislation. Since the House and the Senate are now on break, all legislation not passed is now on hold. With speculation running high that an election might be called during the break, it means that the bill could very easily die on the order paper now. It managed to make it all the way to a Senate Committee for study. This after Liberals pushed through, among other things, time extensions, extended hours, and gag orders to shut down debate and criticism in an effort to ram through the legislation.

Towards the end of this rounds debate, we couldn’t help but notice the minimal coverage by larger outlets on this legislation. Very few were even covering the story – and a number of the articles that were covering the story were locked down by paywalls. It’s no secret that the larger outlets really wanted this legislation to pass. After all, they stand to benefit from it because it wipes out all Internet competition in the process.

In fact, some outlets, like iPolitics and the Toronto Star, proudly waved around their bias on the subject (and nuking their credibility in the process). Of course, neither outlet really made a strong case for the legislation. Instead, they opted to publish misleading and false information with no real evidence to back up their claims. With no real defense of the legislation to be had, other outlets appeared to be adopting the approach of “see no C-10, hear no C-10, say no C-10”. We here at Freezenet chose to fight back against this by providing wall to wall coverage of course.

Overall, that approach appears to have largely failed. Canadians from all walks of life were apparently sending e-mails in droves urging legislators to vote against C-10. We can only hope that we helped encourage this when we sent our own letter to our MP. Regardless of whether we played a role in this or not, Canadians were, in fact, speaking out despite the lack of coverage on this critical debate. One Senator has admitted he was swamped from the response. From the Toronto Sun:

Canada’s controversial Bill C-10 sends the country “down a rabbit hole on internet regulation,” according to Senator Michael MacDonald.

The Nova Scotia senator, who is the Conservative chair of the Senate communications committee overseeing the bill, goes as far as to call the bill ‘Orwellian,’ reports Blacklock’s Reporter.

“The internet is so important to people,” said MacDonald.

“I have a lot of problems with a handful of elites deciding what you can see and what you can read. We already have laws on objectionable content.”

Bill C-10 wants to let the CRTC regulate privately-viewed YouTube videos as they do with commercial broadcasters, with $15 million fines possible in some cases for violators.

The federal cabinet says the bill is a way to get YouTube and other streaming video services to promote Canadian content.

“I am swamped with emails from people from all walks of life, especially young people, who don’t want this,” said MacDonald.

What this shows is the comparative lack of coverage didn’t affect Canadians engaging in this debate. Canadians have spoken loudly and clearly that they don’t want this legislation. It is very possible that this outpouring of opposition to the legislation may have contributed to the bills downfall. If that is the case, then this might be a case where Canadians have won this battle with free speech by making their voices heard. So, quite the good news story after weeks of extreme emotion over this legislation.