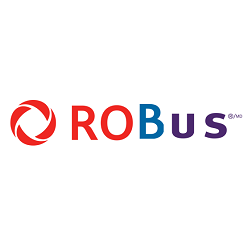 It seems that the outage did impact the Rogers Shaw deal. Rogers is moving the deadline to the end of the year.

It seems that taking over all of Canada is proving to be a bit more difficult than initially expected. In March of last year, Rogers moved to buy Shaw for an estimated $26 billion. The move would further reduce the already pathetic nature of competition on the carrier and Internet industry to an even more ridiculously concentrated market. Currently, there is Telus, Bell, Rogers, and Shaw. With the acquisition, it would reduce the sector to just Telus, Rogers and Bell. Many fear that problems like affordability would only be exacerbated by the acquisition.

Unsurprisingly, Canadians flooded the Competition Bureau, calling for the blocking of the deal. Canadians know full well what such an acquisition would mean to them and it is bad news all the way down. Experts agreed that the deal is a bad one for Canadians.

Canadians got a bad bit of news when the CRTC, Canada’s poster child for regulatory capture, rubberstamped the deal at the earliest possible moment. It meant that the deal cleared one regulatory hurdle, but there was still hope that something else might block the deal. The good news came back in May when a recommendation was made at the Competition Bureau to block the deal. So, there was still hope yet for Canadians.

Few, however, could have predicted that the biggest assist for Canadians on this looming disaster would come from Rogers itself. A massive outage caused millions of people’s Internet and cell phone to go down. While it sounds like first world problems at first, the outage also caused credit cards, payment processes, and 911 to go down for many in the process. For millions of Canadians, it was impossible to spend money for basic services. Still, the biggest problem in all of this is the lack of access to 911. If an emergency were to happen during the outage, well, calling for help was going to prove rather difficult.

In short, the outage also caused a one two punch of shutting down parts of the economy and because a risk to public safety. That is a huge problem that isn’t some trivial frivolous luxury. So, it’s probably no surprise that the government stepped in and held hearings to find out how this problem will never happen again. It truly highlighted just how fragile the system is and how there is an absolute lack of redundancy. A proposal was moved forward to allow other carriers to connect their customers to other carriers so access to 911 can continue.

Still, the damage was done and the questions continued as to whether or not it is wise to allow the merger to continue on. Now it seems that the Rogers Shaw deal is going to get delayed. From Reuters:

Rogers Communications Inc (RCIb.TO), delayed the deadline for its C$20 billion ($15.56 billion) buyout of rival Shaw Communications and said it would take a hit due to an outage that impacted millions of customers earlier this month.

The purchase of Shaw (SJRb.TO) has been in the crosshairs of Canada’s antitrust agency, which said last week it needs more time to examine the concession offered to allay competition concerns over the deal.

Rogers said on Wednesday it has extended the deal deadline to Dec. 31, with an option to delay to end-January.

The Canadian telecom giant has come under increased pressure since the outage on July 8 that paralyzed the country’s banking and emergency services for nearly 19 hours.

It’s worth pointing out that the return of coverage was not uniform. A chunk got their services back 19 hours after the initial outage, but others were in the dark for longer.

It’s extremely easy to see why they are doing this. A major scandal emerged that is threatening the deal. So, the typical play is to extend the deadline, wait for the dust to settle, and people are distracted by something else so they can continue working on the deal. The heat is way too much for Rogers, so they need a cooldown period with the media before continuing. Such plays do have a history of working, but it’s by no means a sure thing.

Still, this does show that Rogers is still hoping to complete the transaction despite everything. If Rogers didn’t feel that it would be successful, the company could have terminated the deal to save face. That clearly didn’t happen, so the battle will continue. Waiting won’t solve a number of the problems with the takeover. So, the threat of an increased monopolization of the sector will continue to loom for Canadian’s for a while yet.

Canadian’s are hoping that this deal doesn’t go through. There is hope that it won’t go through, but the fight is still on. Here’s hoping Canadians succeed or things are going to get a whole lot worse.