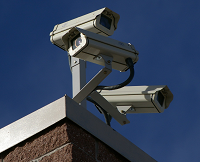 There’s been a lot of developments since our previous report on the NSA PRISM leak. This includes how government officials have been put on the defence with respect to the program and the calls for reporters who report on these leaks to be criminally prosecuted.

Question: When someone walks up to you with proof that the government has been doing something not only immoral, but also immorally on a grand scale, do you publish the information that exposes potential wrongdoing of the government, risking any major consequences, or keep quiet about the whole affair? That is not necessarily an easy question to answer as a reporter. Given a journalists role as a “5th estate”, it can be a moral duty to keep government accountable by exposing the truth. On the other hand, depending on what country you’re reporting on, you could also be putting your life on the line for doing your job. So, there are a lot of variables to consider including whatever it is you find through inward reflection on your capabilities, your nerve, etc. Some food for thought as we run through the latest on the PRISM leak scandal.

Since our report on the leak, there have been numerous events that took place. Perhaps the first significant update came from a question directed at James Clapper. Here’s the exchange:

I’m not familiar with Clapper nor am I aware of what he looks like when answering any kind of question in general, but with the amount of fidgeting he was doing, he seemed rather nervous while answering the question to me. Plenty of potential reasons at the time like the media reaction to all of this, but it could have something to do with what transpired after. Glenn Greenwald of The Guardian, one of the two sources that broke the story, published a followup with something called “Boundless Informant”.

Boundless Informant appears to be a tool that contains a map of the world showing what communications were being tracked. The map showed that American’s were also being tracked. Greenwald said that this information put serious doubt into the assertion that the NSA can’t keep track of the surveillance of millions of Americans. Not surprisingly, many have said that Clapper lied to Congress when giving out his answer.

Clapper later gave an explanation for his answer saying that he gave the least untruthful answer. In response, Wyden called for hearings into Intelligence officials lying to Congress.

Not surprisingly, things have been ratcheting up. Some news sources have taken to trying to demonize Snowden, the original leaker of the documents. Mediaite said this whole case was simply Chinese espionage. The New Yorker, allegedly a reliable source, published comments that said Snowden is “a grandiose narcissist who deserves to be in prison“. Meanwhile, Politico attacked Snowden by saying he was a bad neighbour. Perhaps the most extreme rhetoric was rumours that NSA employees suggested that Snowden and Greenwald should be “disappeared”.

Meanwhile, the leaked data has caused government officials to offer mixed signals. Questions arose as to why the leak is no big deal and a huge threat to us all at the same time. Regardless of the mixed signals, the American Civil Liberties Union has sued over the spying revelations.

Representative Peter King, in the midst of all of this, has suggested that reporters who report on leaked information should be criminally prosecuted. From the Huffington Post:

After King explained why he believes the recent NSA leaks pose a grave threat to national security, host Anderson Cooper asked him if he thinks the reporters who break stories off of leaked information should be punished in some way.

“If they willingly knew that this was classified information, I think action should be taken, especially on something of this magnitude,” King said.

“I think on something of this magnitude, there is an obligation both moral but also legal, I believe, against a reporter disclosing something that would so severely compromise national security.”

Already, reports are coming in that suggest that Snowden will fight extradition from Hong Kong.

Personally, I’m not sure what King has in mind. Just Googling around shows that hundreds, if not, thousands of reporters have reported on this story. Does he plan on trying to prosecute them all or does he plan on prosecuting those who were responsible for the initial publication of the leaked information? Either way, it doesn’t put the US government or the representative in a positive light because it’s very difficult to have things end well when you go around threatening reporters. Even though laws weren’t necessarily broken here, I find it very problematic to paint the government as being in the right here. Was the government right in creating a surveillance dragnet program of it’s own citizens? Was the government right in hiding the nature of the program or the program’s existence? Were officials in the right by lying about it to congress in the process? Are officials in the right by attacking or threatening the leaker and/or journalists? Is this program even constitutional in the first place? I, personally, just can’t say yes to all of the above. I can’t view the government in a positive light. Even if I kid myself into believing the false pretence that the government is just doing this all for the sake of protection, the handling of all of this just doesn’t allow me to see the government in being in the right. At the end of the day, at the very least, this is one great big mess the US government put themselves into.

Where things go from here, I think, is anyone’s guess.

This article was published last week on ZeroPaid.