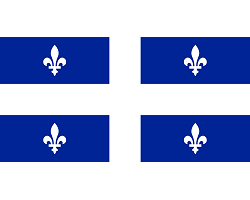 After reportedly 4 months of refusing to investigate the Desjardins data leak, it appears Quebec is reversing course and will investigate after all.

The Desjardins data leak is probably one of the more high profile leaks in Canada. News of the data leak broke in June when a reported 2.7 million Canadians were affected. At the time, the reports suggest an arrest was made in regards to the leak.

Earlier this month, the reported severity of the leak got even worse, upping the number to 4.2 million Canadians. Long time observers of security news might look at the growing number and think that this number is going to grow from here. In this case, there is no risk of that. That is because that number represents the entire customer base for the company. Even if the company tried, they couldn’t leak any more data because there is nothing more to leak.

Since the summer, opposition parties have been calling for a commission to investigate.

Premier Francois Legault had until now said it was too soon – but on Wednesday, the CAQ government made an about-face with a declaration by Finance Minister Eric Girard.

“My number one responsibility is the financial security of Quebecers. I’m the finance minister. I’m responsible for the AMF (the province’s financial watchdog), the AMF is the supervisor for Desjardins,” he said.

All opposition parties welcomed the commission, but some are concerned it won’t go far enough.

For non-Canadians, Quebec can be an interesting province from a regulatory perspective. There is, of course, a strong sentiment among a number of citizens that they are a distinct society. That sentiment can appear in the form of the separatist movement which was made famous by the Bloc party. It’s fair to say that a lot of those separatist parties ground themselves in what is in the interest for Quebec from a public relations perspective.

While there may be things that the Canadian government can do, it makes things easier if the Quebec government decides to take action on something instead. This Desjardins data leak can be a good example of this. That is partly what made this feet dragging by the provincial government a bit surprising to us. For anyone, if their personal information is stolen, many would want to know how this happened, whether steps are being made to prevent this from happening again, and what do they need to do to protect themselves in interim. It’s a pretty easy thing to say that Quebecers would like answers in all of this especially if they are affected.

There is also the possibility that the CAQ government might be more interested in protecting corporate interest then the interests of individual citizens. Unfortunately, we are now delving into areas that are outside of our expertise.

At this point in time, it’ll be interesting to see if the scope of this is going to be sufficient or if this inquiry will simply not go anywhere. After all, the people affected by this leak are not only in Quebec, but also extend well beyond the provincial borders as well.