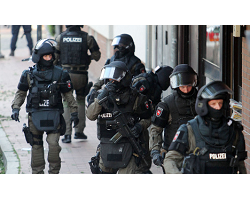 Things have gotten rather tense in Germany recently. Police have executed a number of raids in the country. Among those affected are privacy rights organization Zwiebelfreunde. The organization blasted the move, saying that the action is a clear overreach.

On June 20th, police executed search warrants at five locations across Germany. This includes personal homes of three board members Jens, Juris and Moritz as well as the main headquarters for the organization which is a lawyers office.

Among items seized were all printed documents by the organization that were made since its inception since 2011. This includes highly sensitive and personal information like transaction information.

The reason the raids were executed was because police were looking for information related to a call to protest against the far-right Alternative for Germany (AfD) party by an anonymous poster. The police thought that this call to protest included inciting violence. In response, the police executed the raids.

In response, the privacy rights organization blasted the move and issued a statement. Here’s part of that statement:

prosecution stated that they will keep our things for further analysis, even after explicitly confirming to journalists that they are aware that our only connection to Riseup is the collection of donations. This includes items belonging to our partners, and other third parties like companies we work for. That same Monday, after the AfD party convening, our lawyers filed for immediate sealing and suspension of analysis until a court decision. Everything else is pending on that, and for now it looks like there are no further legal steps we can take (yet). The two of us who have not been interviewed yet (because they were not present during the raids) have been asked to give further testimony, which they will do during this week, together with our lawyers. This is not over.

We did everything in our power to avoid a data breach like this, and are now doing everything we can to fight it:

1. Our lawyers kindly asked for our equipment back. Most of the equipment does not belong to Zwiebelfreunde, and some of it is not even ours. They refused. We are now going to court over this.

2. The warrant lists specific items. This was not respected.

3. We argue that even the original warrants and seizures were clear overreach, and that this was used as an excuse to get access to member data and donor data. We have nothing to do with Riseup’s infrastructure. During the raids, the police forces clearly gave the impression that they knew we had nothing to do with either Riseup or the “ruckus tourist” blog. None of us had even heard of that blog before!

We are grateful for the quick and unbureaucratic financial support by Renewable Freedom Foundation, the logistical support of the Chaos Computer Club, and all the kind offers of help by various communities. Thank you!

If you’re not afraid to donate to accounts that are probably being monitored, you can still do so, at https://www.torservers.net/donate.html.

The organization also states that there are things in their organization not affected by the raids. They listed the parts that they say are still considered safe:

Meanwhile, the EDRI is making a few interesting points about the raids as well:

During these raids, the premises of Open Lab, used by members of the CCC, were searched as well. While searching for members and bank accounts information, the police allegedly came across chemicals, chemical formulas, and other equipment which was believed to be used in productions of explosives. Three people were arrested, and the premises were further searched without a court order. The suspicions turned out to be false as the “dangerous” chemicals were identified as computer circuit cleaning products. The “dangerous explosive” can be seen in action on a YouTube video.

The searches followed the adoption of the widely criticised Bavarian Police Act that went into effect in May 2018. This law gives the Bavarian police extended powers. “This is a textbook example of how easy the fundamental rights of completely innocent citizens and their families can be violated as a result of artificially constructed evidence chains, no matter how ridiculous. To be drawn into this case as a witness on the basis of such patently unsustainable reasoning is questionable to say the least. The recent introduction of draconian Bavarian laws governing police authority has clearly led to a culture where those responsible no longer feel bound by any sense of proportionality of their actions“, said Frank Rieger, spokesperson of CCC.

The news comes on the heals of a court ruling saying that Usenet providers can be held liable for the activities of their users.