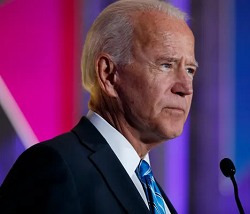 US president, Joe Biden, is reportedly reviewing Section 230. This as he accused social media of not doing enough to stem misinformation.

The war on the decidedly non problematic Section 230 is apparently continuing. The section of law was the subject of scorn from the Trump administration because platforms had the audacity to fact check him. In fact, Trump went to the extreme of vetoing critical military funding in his effort to repeal Section 230. In response, the US Senate overturned Trump’s veto and passed that funding legislation anyway.

While Republican’s continued to be on board with revoking Section 230 partly because they perceive the law that impedes misinformation efforts, Democrats are proving to be no better off than Republican’s on this debate. Democrats have been declaring war on Section 230 because platforms won’t crack down on misinformation enough. Back in February, they tabled the SAFE TECH Act that would all but gut the law. Essentially, if money exchanges hands, then Section 230 would no longer apply. That would include taking out a domain name, paying server costs, taking out ads, receiving donations, and a whole lot more. Many point out that if this actually became law, then pretty much everyone online running out of the US would get run out of business and forced to shut down.

Facebook, for its part, supported the move to gut Section 230, but asked for reforms that would only permit large platforms like them to survive. Many observers lashed out at Facebook for effectively throwing the entire Internet under the bus for their own self interest.

To be clear, Section 230 has little to no effect on the spread of misinformation or how platforms moderate themselves. The entire section of the legislation is this:

No provider or user of an interactive computer service shall be treated as the publisher or speaker of any information provided by another information content provider.

Essentially, if a user posts something illegal, then it is the user who is liable for that content. The platforms aren’t the ones that get sued for that content automatically. While this is very straightforward to understand, that hasn’t stopped some from trying to spin this into a debate on what the law is, well, not about. For instance, 60 Minutes ran misinformation about Section 230, arguing that it blocks people from suing individuals for their anonymous speech (among other things). Obviously, the section does no such thing, but it is one of the many attempts to demonize the section of law that has allowed the Internet flourish in the first place.

Now, we are learning that Biden is reviewing the section of law. From CNN:

The Section 230 debate is taking on new urgency in recent days as the administration has called on social media platforms to take a more aggressive stance on combating misinformation. The federal law, which is part of the Communications Decency Act, provides legal immunity to websites that moderate user-generated content.

“We’re reviewing that, and certainly they should be held accountable,” Bedingfield told MSNBC when asked about Section 230 and whether social media companies like Facebook should be liable and open to lawsuits for publishing false information that causes Americans harm.

President Joe Biden, Bedingfield said, also believes it is “the responsibility of the people creating the content.”

“It is a big and complicated ecosystem, and everybody bears responsibility to ensure that we are not providing people with bad information about a vaccine that will save their lives,” she said.

One of the problems with those comments is the fact that Section 230 already makes the people who create the content liable anyway. No reform is really necessary to change that. What’s more is that pushing to reform Section 230 because of misinformation is like banning roads because car accidents happen. Can you solve the original problem? Kind of. Will it cause far greater harm to the overall economy and freedom of expression? Absolutely. It doesn’t take much effort to realize how wrongheaded this effort to target Section 230 because of misinformation is. This is obviously not to say that laws can’t be made to curb misinformation. It’s just that effectively destroying the entire US Internet is just a really bad way of doing this. With what we saw in the SAFE TECH Act, it wouldn’t be a surprise if that is the approach being aimed for here.

With both sides of the aisle targeting this critical pillar of the Internet, it doesn’t look like the attacks on this law are going to go away any time soon. As such, American’s will have the unfortunate aspect of constantly trying to fend off threats to the Internet on this angle for the foreseeable future.