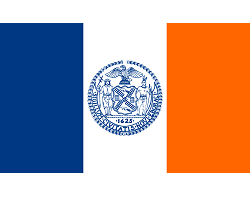 Hundreds of New York residents have signed a petition asking that the city ban facial recognition software. It was delivered to city council.

As more and more understand the threats posed by modern facial recognition software, more and more find themselves joining initiatives to try and block it from being used. In the last few years, the focus on who is advancing such technology has been focused on a company known as Clearview AI. The company is facing lawsuits in the US, investigations in Canada, and even a declaration by a high ranking European official who said that use of the software is effectively illegal. More recently, those who back the software company and use it now find themselves in a position to start asking questions. This is thanks to a recent data breach where the entire client list from Clearview AI had been stolen.

Over two hundred New York City residents—including workers, parents, students, business owners, and technologists—have signed a petition calling to end government use of face surveillance in New York City. This morning, EFF and a coalition of over a dozen civil liberties groups delivered that petition to New York’s City Council.

In the letter accompanying the petition, the groups commend the City Council members (more than thirty of them) that have signed on as cosponsors of the long overdue, and much needed, POST Act. The push continues to convince City Council Speaker Corey Johnson to allow the POST Act to be presented for a vote, and the groups insist on prompt action against the persistent threat that government use of face surveillance presents to New Yorker’s privacy and safety.

The open letter itself is signed by organizations like CAIR New York, the Electronic Frontier Foundation, and Fight for the Future among others. The letter says in part:

For too long, surveillance technologies have been tested on New Yorkers and deployed secretly without notice to the public. Many of these snooping devices invade our privacy, deter our free speech, and disparately burden
minority and immigrant communities.

We commend the over thirty City Council members that have stepped forward as cosponsors of the long overdue and critically important POST Act. Transparency, relative to the prevailing practice of secret procurement and unaccountable use, would empower New Yorkers with the information and opportunity to become active participants in the preservation of essential rights and civil liberties.

Government use of face recognition technology poses a profound threat to personal privacy, political and religious expression, and the fundamental freedom to go about our lives without having our movements and associations covertly monitored and analyzed. Used in combination with the over 18,000 cameras that feed into New York City’s Domain Awareness System, these technologies can track everyone who lives and works in public spaces by means of a unique identifying marker that is difficult to change or hide – our own faces.

Earlier this month, in a story all too familiar to Canadians at this point, police originally denied that they are using Clearview AI software. Later on, they finally fessed up and admitted that, yes, they did, indeed, use the software. They tried to cover themselves by effectively saying that, don’t worry, it was only a limited trial to see what the software was like. From City & State New York:

Most recently, The New York Times exposed how the company Clearview amassed more than three billion photos from popular websites such as Facebook, LinkedIn, and Venmo to power its facial recognition app. It didn’t take long for another Buzzfeed to uncover that Clearview was touting a relationship with the NYPD in its promotional materials.

The department denied that it had an “institutional relationship” with Clearview, but a New York Post investigation quickly found that several NYPD officers were running the app on their personal phones. The NYPD eventually conceded that a limited number of officers were allowed to run trial versions of the app. Of course, we still don’t know what controls (if any) the department put in place to prevent abuse, and what it will do with data it collected during these trial periods.

The department’s cavalier approach to monitoring New Yorkers cannot escape regulation any longer. A bill with overwhelming support in the City Council, the Public Oversight of Surveillance Technology Act (POST Act), would bring much needed transparency. It would require the NYPD to make basic disclosures about its surveillance tools and what policies it has in place to protect the privacy of New Yorkers. The bill already has 33 co-sponsors in the 51-member City Council, including Public Advocate Jumaane Williams and Public Safety Chairman Donovan Richards. Supporters are waiting on Speaker Corey Johnson to allow the bill to come up for a vote.

The NYPD has mounted fierce opposition to the POST Act, claiming the legislation would help criminals and endanger lives by forcing the department to give away too much information. But these arguments do not hold up under scrutiny.

So, at this point, there is a very good chance that the city might move to ban it. Some might wonder why there isn’t a more broad movement at maybe the state or even federal level. Some advocates suggest that movement is either slow or non-existent. Given who “runs” the country at the moment, movement at the federal level is virtually non-existent because the US has been effectively leaderless for nearly four years now. So, this aspects are compelling citizens to start acting at the civic level instead. The hope is that maybe these small moves could get the ball rolling to being a much bigger movement. If cities are banning it, then maybe there is something to these calls to ban facial recognition software.