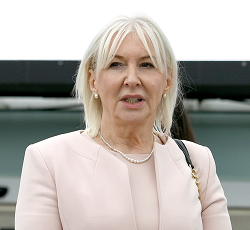 It’s been a tough year for online free speech. It seems that things aren’t exactly going to get any easier. Last week, we reported on the forthcoming Online Safety Bill. While such legislation had been floating around for some time, there seemed to be a renewed interest after the stabbing death of a member of the British Parliament and Frances Haugen blowing the whistle on Facebook.

Indeed, a number of events has effectively made it more palatable for governments from around the world to start cracking down on free speech in the name of protecting people’s safety. To finish paraphrasing the Ben Franklin quote, the trade off will give people neither freedom nor security. Digital rights organizations have already been up in arms over the legislation, pointing out how the legislation would lead to a government speech regulator and that private messages are not safe under this proposed law.

Britain’s forthcoming Online Safety Bill will be “much tougher and stronger” in protecting against abuse and harassment, Culture Secretary Nadine Dorries has promised.

Dorries, who recently became responsible for the U.K.’s flagship content moderation bill, said the draft legislation was in a “different place” since a revamped ministerial team arrived in the Department for Digital, Culture, Media and Sport (DCMS) eight weeks ago.

“I don’t think the bill in the form that it was, the draft form, would have been something that I would have wanted to take to parliament,” she told MPs on the Commons digital committee.

The bill will impose a legal duty of care on big tech companies to protect users from both illegal and legal but harmful content. They will face big fines if they fail to comply.

Dorries told lawmakers she had sought to beef up measures around “protecting children and young people,” as well as efforts to tackle so-called social media “pile-ons,” abuse and harassment which is often focused on women.

And she added: “The online platforms have the ability to stop that now. They just choose not to. This bill will ensure that they do.”

Now, the legislation is already a disaster for free speech in it’s previous form. The list of negative unintended consequences is vast. About the last thing free speech proponents would want to hear is that it’s going to be even tougher than ever before. Judging by the comments, that’s exactly what is happening now. What form that will take or how it could have unintended consequences is anyone’s guess outside of the halls of government. Still, it will no doubt make some nervous over what the heck the government is cooking up now. Time will tell just how bad the new version is going to be.