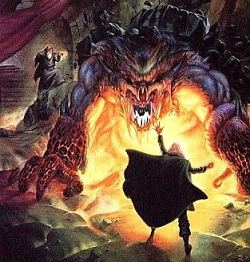 The US may have killed the TPP, but that isn’t stopping some from making an attempt to resurrect the “trade” agreement anyway.

From a civil rights perspective, the TPP (Trans-Pacific Partnership) was a monster. The agreement would alter the power structure between government and corporation, putting corporation ahead of government. One area that would have been hit particularly hard is digital rights. As we found out first hand, there are plenty of ways digital rights would be negatively impacted. From digital frisking at the border to governments being obligated to pour tax payers money into targeting people for copyright infringement online (something companies typically foot the bill for now).

So, it came as a relief to people around the world when president Donald Trump, amidst his shifting and vague understanding of the world, killed the TPP back in January through an executive order. At that point, most people believed that the TPP threat was over. Without the US, an insufficient amount of the world GDP would be represented in the agreement to allow it to proceed.

That’s what caused many people to scratch their heads when New Zealand ratified the agreement earlier this week. What does New Zealand know that others don’t? Have they figured out how to get the US to jump back on board with the TPP? What about China? Are they going to get China on board instead to make the TPP viable again? With more questions than answers, we asked one well known TPP commentator what his thoughts are on the TPP. We asked Michael Geist what his thoughts are on New Zealand ratifying the agreement. As of this writing, Geist did not respond to our inquiry.

Now, news is surfacing on what might be motivating New Zealand to ratify the agreement. According to Sputnik news, it seems that Prime Minister Bill English is meeting Prime Minister Shinzo Abe in Tokyo to discuss the future of the TPP.

Parts of the discussion will involve what to do with the TPP now that the US is out. One of the stumbling blocks has to do with the clause that mandates a certain percentage of the worlds GDP. In a revelation that lends credence to those who say the TPP is a living document, the idea is being floated that the remaining countries would simply delete those clauses and move ahead with the ratification process. From the report:

Charles Finny, a trade policy expert and a former official and trade negotiator for New Zealand‘s Ministry of Foreign Affairs and Trade, told Radio Sputnik that trade ministers from the 11 remaining members may be able to reach an agreement and keep the deal alive.

“One possibility which will be discussed by trade ministers quite soon will be the possibility of all 11 going ahead and implementing [the agreement], that would obviously require that clause to be renegotiated,” Finny said.

Another problem is that the other country governments need to look past the lack of the US being in the agreement. A feeling among some countries is that without the US, the TPP is pretty meaningless. That, of course, will make such an idea a hard sell.

So, while it may be technically possible to move ahead on such a scheme, we’re talking about a very steep hill to climb just to make it happen.

Another idea being floated is that a new identical agreement be made with fewer countries. From the report:

“There are other possibilities like a sort of side-agreement or an agreement that’s almost identical except in name which would involve maybe a fewer number of the parties. So, all options are on the table but there is serious consideration being given to going ahead without the United States.”

“The possibilities range from all 11 going ahead through to maybe just five and those most likely five would be Japan, Brunei, Singapore, Australia and New Zealand, those five seem to be the most committed to moving ahead,” Finny said.

The development of the Pacific Alliance of Chile, Colombia, Mexico and Peru is also “really interesting to watch in this context,” Finny said.

The narrowing of different parties certainly would decrease certain international complexities. With 5 countries instead of 11, it would likely be easier to find more common ground. The problem, however, is that such an agreement would fall back to square one. The TPP took years of secret negotiation away from any accountability with the general public. Everything will once again be at play and sticking points that were once thought settled could come back again, stalling things once again.

While that may seem like a long shot idea, a third possibility being raised is even more of a long shot: the return of the US. As long as Trump is president, unless he changes his mind, the US isn’t coming back. So, really, the best shot for this idea moving forward is either waiting for Trump’s term to be over and he gets voted out or an impeachment in the interim. Beyond that, if Trump somehow gets elected for a second term, then the waiting game would extend to a total of a whopping 8 years. The most proponents can hope for is a really long waiting game.

If anything, this shows that the quest to resurrect the TPP is going to be a long and difficult one. Still, that isn’t stopping the most hardened of supporters from trying. With so much potential money to be made by multinational corporations through this agreement, there will always be lobbying pressure on governments to push ahead with this. As a result, the push for the TPP is not going to die away completely. We will continue to monitor for any developments on this file.