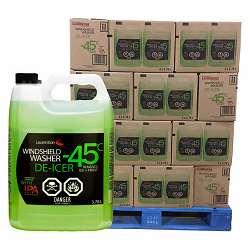 You’d think that getting copies of legal music to stores is something the music industry does well. These days, apparently, not so much.

With copyright effectively hamstringing creativity with excessive length and interpretations, this growing threat to the music industry is being described as a crisis. As it turns out, this isn’t the only crisis facing the industry. Another growing crisis revolves around the distribution chain itself.

Of course, ownership is not the only way the industry has consolidated. The major record labels also, at one point, had an entire network of distribution. Of course, the key word in that last sentence is “had”. Now, that has consolidated to the point of one company controlling 80% of the entire distribution chain. That company is known as Direct Shot. Ever since this became a reality, retailers have been suffering some of the consequences of one company suddenly controlling so much of this aspect of the market.

Imagine if you are a record store owner. You fill out an order for a couple of different releases to fill your store shelves. That, of course, is a pretty regular thing for store owners to do. Now imagine the shipment arriving. Instead of all those copies of releases destined to fill your store shelves, you get a pallet of cough syrup instead. Understandably, that would be a pretty big problem – and a problem with a comically bad twist. In the same vein, how would you react if you got a shipment of carwash fluid instead?

Some might look at that and say, “Receiving carwash fluid or cough syrup seems pretty far outside the realm of possibility.” As it turns out, these are among the ridiculous stories being told by stores selling various records. Here’s more from Rolling Stone:

Instead of vinyl, though, Harkins was amused to find that Ingram’s supplier had sent a pallet packed with bottles of windshield-wiper fluid. “I called customer service, they apologized profusely,” he recalls. “I said, ‘The thing that really bothers me is that you didn’t have the courtesy to throw in some car wax.’ ”

No harm done — until a few weeks later, when Harkins received another surprise that suggested a troubling trend. This time, a shipment that was supposed to contain music came filled with bottles of prescription cough syrup. Other orders of records and CDs arrived damaged or incorrectly packed. “You can’t make this stuff up,” Harkins says. “In all my years of business, I’ve never been able to report that we’ve been missing significant quantities of product, and in its place, prescription cough syrup and carwash fluid.”

Harkins isn’t alone. In January, a record store owner in Poughkeepsie, New York, got a similar shock. An unscheduled delivery truck pulled into the parking lot of Darkside Records. “The driver says, ‘I got a weird one for you,’ ” remembers Justin Johnson, who owns the store. Johnson went outside to find that an entire freight truck was being used to haul just four records — copies of a 50th-anniversary reissue of the Rolling Stones’ Let It Bleed, arriving two and a half months after their street date.

Another record store owner, Terry Currier of Music Millennium in Portland, Oregon, placed an order last year with Universal Music Group: approximately 700 items to ship on October 1st, giving them plenty of time to make it to the store before holiday shopping began. None of the albums showed up until after the Christmas rush.

Episodes like these — nonsensical, maddening, and business-threatening — have become commonplace for CD and record retailers over the past 10 months. Most agree that the inciting incident took place last April, when Warner Records moved its physical distribution to Direct Shot Distributing, a company that was already being used by the other two major labels, Universal Music Group and Sony Music Entertainment. A single company was suddenly responsible for sorting and shipping the vast majority of CDs and records sold in the U.S. market. Unfortunately, it seems that Direct Shot was incapable of taking on the additional work, according to interviews with more than 20 managers, retailers, and label executives. “The whole system collapsed,” says David Azzoni, a 15-year veteran of physical retail, illustrating the frailty of a distribution network that had long been taken for granted.

This is a pretty stark difference to what we’ve seen years earlier. As far as we can tell, major record labels controlled so much of the distribution chain that independent labels had to rely on the major labels to get their music out to store shelves (if at all). Indeed, just browsing various cataloguing sites suggests that many non major record labels used major labels like Sony to distribute their physical goods.

What a difference a year makes.

Obviously, there are various headwinds in the music industry. This clearly is one of them. Add the copyright crises into the mix and you already have a toxic mix. When you have “classic” radio stations constantly playing the same music from the 60s, 70s, and 80s, this represents fewer avenues for new artists to break out into the market in the first place. After all, how many times have you been stuck with listening to the asinine track “Old Time Rock and Roll” that was released 41 years ago? All this time, new music could have been pushed out into the airwaves, yet sometimes, listeners get stuck listening to that awful track instead. Is it any wonder why there has been a decline in radio?

With independent artists circumventing the system and getting their music to market through the Internet, more and more music fans are simply moving away from traditional media and getting the music they actually want to hear online. Meanwhile, the question of whether or not the major record labels today can get anything right is increasingly becoming a valid question.