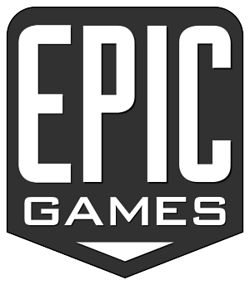 The Epic vs. Apple battle over the app store is proceeding in the courts. A judge has ruled that Unreal Engine can stay, but Fortnite can stay banned.

The Epic vs. Apple case is proceeding through the courts. The case was sparked after Epic offered V-Bucks at a discount if players used the direct payment method in the app itself. Apple responded by saying that this violated their Terms of Service (ToS) and kicked Fortnite out of the App store. Epic responded by saying that this is an anti-trust violation and is suing Apple on those grounds.

A federal judge on Monday blocked Apple Inc. from shutting down an Epic Games tool that’s relied upon by hundreds of other app makers but had become the subject of an antitrust battle between the companies.

The ruling safeguards Fortnite creator Epic’s computer graphics software Unreal Engine, which it offers through an affiliate business and which hundreds of games and other apps use to power their apps on Apple’s iPhones.

“Epic Games and Apple are at liberty to litigate against each other, but their dispute should not create havoc to bystanders,” Judge Yvonne Gonzalez Rogers wrote in a ruling late on Monday.

Gonzalez Rogers said, “The current predicament [with Fortnite] appears of its own making” and refused to order its reinstatement. But she allowed Unreal Engine to continue powering iPhone apps, saying that Apple’s actions against Epic’s affiliates had been too severe because they had not breached the iPhone maker’s policies as Fortnite had.

This is already certainly an interesting decision being made here. For one, the judge is saying that Fortnite getting kicked is a self-inflicted wound in the first place. Judging by what we know so far about the case, it’s hard to disagree with this. Epic knew what it was doing when it offered to sell V-Bucks directly in the app itself. There’s simply no way they didn’t know that this is a violation of the ToS.

The other way that this judgement is interesting is the ruling that says that the Unreal Engine can stay. Did that violate the ToS? We haven’t seen anything to suggest they did up to this point. If the game engine didn’t violate the ToS, then such a move would seem more retaliatory more than anything else. Plus, the judge makes a perfectly valid point in that removing the engine would harm third party developers that have absolutely nothing to do with the dispute.

If I were Epic, I would be worried about the comments that said how Fortnite getting kicked out of the app store is a predicament of its own making. It is, after all, at the heart of the case. It’s very possible that this could hurt the chances of advancing the case that Apple is engaging in anti-competitive behavior when it kicked Fortnite from its app store. As we noted earlier, Epic’s case is far from a slam dunk based on what we know so far. Now, it seems that there is a fresh setback in the case. Epic isn’t down and out, but it’s not exactly the kind of start they are no doubt hoping for in this case.