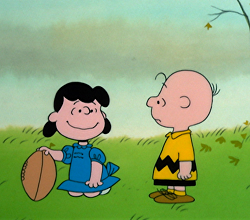 Yesterday, we posted a reminder of the importance of privacy reform in Canada. This as the Newfoundland ransomware attack was making news again. In that article, we talked about how privacy reform can raise the security standards of infrastructure everywhere. At the same time, there was no evidence suggesting that the government is even going to bother with such a move.

to be fair, we had a mountain of evidence at the time pointing to this conclusion. Strengthening privacy protections only received passing mention in the Liberal party platform, but only in the context of the long-shelved “Digital Charter”. Then, when the Speech from the Throne hit, there was no mention of privacy reform at all. All signals were pointing to a crackdown on freedom of expression among other nastiness towards the Internet and innovation. So, the conclusion was obvious that privacy reform wasn’t being treated seriously by the Canadian government.

It wasn’t until well after we wrote the latest article about the Newfoundland hack that we saw a tweet from Michael Geist:

.@the_logic reports that Innovation Minister @FP_Champagne says an updated privacy bill is coming next year. Says C-11 will be amended to address criticism from various stakeholders and that it is his “top priority.” [sub req] https://t.co/tp1Mqvv4jI

[email protected]_logic reports that Innovation Minister @FP_Champagne says an updated privacy bill is coming next year. Says C-11 will be amended to address criticism from various stakeholders and that it is his “top priority.” [sub req]

At this point, some might be thinking, “Well, hey, looks like you might actually be getting what you want after all!” The reality is, this only represents a glimmer of hope. Someone, somewhere in the government is probably saying that maybe there is something to this whole idea of privacy reform. At the very least, the Liberals see it as politically advantageous to say that privacy reform is coming.

The problem here is that it is very hard to get overly excited over this development at this stage. The reason for that is because we’ve seen this before. Back in March, the same minister called Bill C-11 (the then privacy reform bill) a “top priority“. This happened when observers and critics were asking about what the heck was going on with C-11 and asking why it wasn’t moving forward.

At the time, even Michael Geist himself was critical of the Minister, saying, “Glad to see @FP_Champagne says C-11 is a top priority. Now how about allocating more than one day of debate in the House of Commons in 3 1/2 months and getting the bill into committee.”

What was the end result? Largely radio silence. We all know now what the end result was for privacy reform. It died on the oderpaper when the election was called, putting that legislation back to square one. So, the last time privacy reform was a “top priority” for Champagne, the legislation had the privilege of sitting around in a filing cabinet somewhere in the halls of government, literally dying waiting for any kind of movement at all.

With this latest comment coming from the minister, we are already seeing that it is coming sometime next year. Whether that is in the new year or on one of the last sitting days of 2022, we don’t really know. Still, all signals still show that the Liberals don’t view any kind of privacy reform bill as something to be overly concerned about. At best, they might view it as some niche interest even though people who aren’t even remotely aware of the state of privacy in Canada are getting completely screwed over every day. By the time you know your information is compromised (i.e. fraudulent activity on your account or someone taking out credit cards in your name), it’s already too late. Those people are already finding out how little recourse there really is (if any at all).

Yes, the hope is that this time will be different. The thing is, we aren’t exactly hopeful at this stage. For all we know, even if we get a privacy reform bill, there’s still that possibility that it will be highly watered down to the point where there won’t be any real changes being made to better protect Canadians. As far as we are concerned, Champagne saying that privacy reform is a “top priority” is like Lucy saying that she will totally not pull the ball away when Charlie kicks it this time. It was believable the first time, can we really believe it’ll happen this time around?