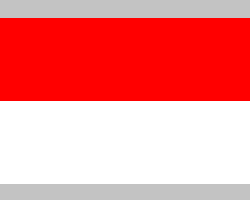 Indonesia is considering a bill that would push link taxes. This as a court gives the OK for Internet censorship.

There’s been some concerning developments out of Indonesia. In a major blow to free speech, an Indonesia court is allowing the government to block access to the Internet during periods of unrest. The lawsuit was brought by NGO SAFEnet who challenged the law back in 2019, but unfortunately, the constitutional court did not rule in their favour. From the EFF:

Indonesia’s Constitutional Court dealt another blow to the free expression and online privacy rights of the country’s 191 million internet users, ruling that the government can lawfully block internet access during periods of social unrest. The October decision is the latest chapter in Indonesia’s crackdown on tech platforms, and its continuing efforts to force compliance with draconian rules controlling content and access to users’ data. The court’s long-awaited ruling came in a 2019 lawsuit brought by Indonesia NGO SAFEnet and others challenging Article 40.2b of the Electronic Information and Transactions (EIT) Law, after the government restricted Internet access during independence protests and demonstrations in Papua. The group had hoped for a ruling reining in government blocking, which interferes with Indonesians’ rights to voice their opinions and speak out against oppression. Damar Juniarto, SAFEnet Executive Director told EFF:

We are disappointed with the Constitutional Court’s decision. We have concerns that the Indonesian government will implement more Internet restrictions based on this decision that are in violation of, or do not address, human rights law and standards.

The loss was not only a blow to free speech, but user privacy as well:

EFF has warned that, by compelling private platform operators to ensure that they do not host or facilitate prohibited content, MR5 forces them to become an arm of the government’s censorship regime, monitoring their users’ social media posts, emails, and other communications (Article 9 (3)).

Along with SAFENET and Human Rights Watch, we pointed out earlier this year that the phrase “prohibited” is open to interpretation and debate. For example, what is meant by “public disturbance,” what is the standard or measure for public disturbances and who has the authority to determine what qualifies? What if the public feels that peaceful demonstrations and protests are a fundamental right, not “disturbing the society”?

It’s worth pointing out that cracking down on free speech and user privacy has been an international trend in the last few years. These general concepts aren’t just isolated to Indonesia. Just recently, Canada reaffirmed their efforts to bring in so-called “online harms” legislation that would crack down on “harmful” content and implement privacy invading proactive monitoring along with Internet censorship as tools of enforcement.

Meanwhile, the UK is actively considering an “Online Safety Bill” that would similarly crack down on “harmful” content.

In a general sense, there has been a redoubling of efforts to implement Internet censorship and speech crackdowns all over the world. Still, it is worrying to see Indonesia pushing these similar concepts into law and seeing the courts back them on top of it all. As a result, the future of freedom of expression in that country remains more uncertain than ever before.

Sadly, if that wasn’t enough, the country is also actively considering a link tax. The idea is that big publishers would get paid to have free traffic sent to them. As predicted by so many in the early days of countries like Australia considering such laws, if a few countries successfully implement such a system, then publishers in other countries will demand similar treatment as well. That is what made Googles decision in 2020 so dangerous in the first place.

Now, we are seeing that outcome playing out in Indonesia. Naturally, the media is spinning this hard as “fairer compensation” and even calling Australia’s disastrous law “groundbreaking”. So, something to keep in mind while reading articles such as the one from Reuters:

Indonesian authorities are assessing a draft bill that could compel tech giants like Facebook (FB.O) and Google to negotiate with media firms for fairer revenues, media groups said on Tuesday, a move inspired by a groundbreaking new Australian law.

Wenseslaus Manggut, chairman of Indonesia’s cyber media association (AMSI), which was involved in drafting the bill, told Reuters the aim was to ensure fairer revenues for outlets that produce core news and “good journalism”.

The draft, seen by Reuters, has yet to go to parliament. It calls for an agency to negotiate between media firms and tech companies, and also requires big tech firms to do more to filter content for hoaxes.

“Under the current ecosystem, clickbait is more profitable,” Wenseslaus said. “It’s hard to keep the integrity of journalism in this ecosystem.”

Best case scenario, this is an extremely slippery slope. Who decides what is accurate journalism and who decides what is “clickbait” or “hoaxes”? For some, on the surface, this might just target things like anti-vax conspiracy or lies, but the fact of the matter is, this general terminology could apply to any kind of debate. For instance, what if posting the dangerous effects on global climate that burning coal has is suddenly considered “misinformation”? What if reporting on a governments Internet surveillance plan and pointing to the negative consequences is considered a “hoax”? What if talking about a certain pesticide sold by a certain company in a way that paints that pesticide in a not so flattering light is considered “clickbait”? There’s way too many variables to consider for such a broad idea.

For some Western observers, they might look at these two developments and conclude that it’s not really surprising that a country like Indonesia is considering them in the first place. The problem is that many first world countries are also heading in the same direction. Additionally, do you really think that any of this is fine for all 191 million Internet users in that country in the first place? Probably not. It’s still some pretty bad developments to say the least.