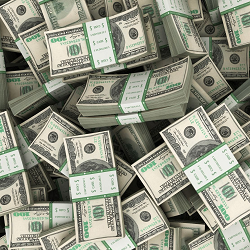 As fines continue to stack up for large tech giants abroad, Canadian’s are still waiting for privacy reform.

Imagine if there was a law that could be implemented in Canada. The law would pour billions into government coffers, is supported by a large cross section of people of different political stripes, and would improve society as a whole. Now imagine the governments response being a massive “meh, not a priority for us.” The natural response would be, “Are you crazy?” This isn’t some theoretical situation pulled out of someone’s wild imagination. In fact, it is happening today with a very real law that could get this seemingly impossible combination to work. Welcome to the world of privacy reform in Canada.

Back in December, Canadian Innovation Minister, François-Philippe Champagne, said that privacy reform was a top priority for him. The problem here is that this “top priority” of his is in the process of spanning two governments and, to this day, is struggling just to get off of the starting blocks. During the last government, the Champagne blamed Conservatives for the lack of movement on the privacy reform at the time. His sales pitch wound up being that it was all the Conservatives fault that he couldn’t be bothered to bring the bill to committee or hold more than a couple of hours of debate in the House of Commons. It’s a situation that can be more easily explained by the Minister’s apathy towards this important issue.

Obviously, the bill died on the orderpaper, likely because the Minister couldn’t be bothered to do much more than table the legislation in question. While the blame does ultimately rest on the Minister’s shoulders on this one for the sorry state Canadian privacy continues to be in, it didn’t necessarily occur in a vacuum. While privacy reform seemed to be moving forward in the last government, Canadian business lobbied the government to slow down or stop this whole privacy reform thing. As Canadians know all too well, when businesses lobby to have the government jump, Liberals ask “how high?”

While the Canadian government has done little more than pay the most minimal amounts of lip service to this issue, Europe is a much different story. Unlike Canada, European officials actually cared about privacy reform and implementing penalties against companies that violate the rules. The headlines are kind of hard to miss too. There’s the €210 million fines laid against Google and Facebook. There’s another €225 million fine that was laid against WhatsApp. What about the $7.1 million fine against Grindr. Also, who could forget the €746 million fine against Amazon?

The bottom line is this: European’s got their act together (at least compared to Canada) and it has resulted in those headlines with eye-popping fines. What’s more is that companies are becoming increasingly focused on being open and transparent with tracking cookies and securing people’s personal information in the process. They are also becoming more open to disclosing breaches and leaks as well so that authorities can more easily investigate such incidences. Of course, it is those kinds of privileges that European’s now have thanks to all of this. Sure, there is more work ahead for those in Europe, but at least there is a very real possibility that these issues can get resolved over time.

What’s more is, back in Canada, it’s not as though privacy violations don’t exist. In fact, back in December, Desjardins wound up settling for $201 million over security lapses that led to a massive data breach. Further, the Canadian Privacy Commissioner has been finding violations of current Canadian privacy laws – however outdated they are. So, these issues doe impact Canadians at the very least.

The problem is that the settlement simply went to lawyers and to people impacted by the breach. Meanwhile, the Privacy Commissioner, as part of one of the longest running jokes in the world of privacy and technology, can only send strongly worded letters. That office can’t fine anyone.

So, as Canada continues to increasingly be an outlier in terms of protecting people’s privacy in the world today, what we are seeing is that countries that get their act together also see massive financial payoffs. This has ultimately left billions of dollars that could be flowing to government coffers on the table – simply because the Canadian government can’t be bothered to get their act together. This over top of the message that if Canadian’s personal information is misused, there are no real consequences of this. European’s are effectively reaping the rewards of this seeming gold rush and the real top priority for Canada is to pretend that they are doing something while kicking up their feet and doing nothing about it after.