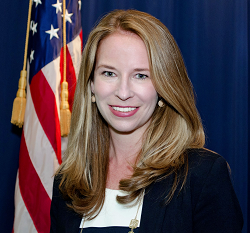 A commissioner for the FTC has come out to say that the regulator can’t protect network neutrality. This comes after anti-Internet forces say the FTC will take care of it.

Next week, the Federal Communications Commission (FCC) will hold a vote to scrap network neutrality. The move has sparked considerable backlash from internet companies and American consumers alike. FCC chairman Ajit Pai dismissed American concerns and slammed them for being “desperate” while rejecting all calls to stop or delay the vote. That hasn’t stopped Americans from taking their protests onto the streets as they marked a national day of action recently.

While American’s are finding themselves squaring off against the government on this issue, friction is apparently developing between regulator offices as well. One of the key arguments for scrapping the rules to protect the open Internet is that the Federal Trade Commission (FTC) would then be on point to protect consumers from any potential abuse from ISPs. Those arguments are not sitting well with at least one commissioner. Now, she is speaking out against the notions that the FTC can simply handle it.

Terrell McSweeny, and FTC commissioner, has spoken out on the issue in an op-ed. In it, she commends the FTC for the work they do to protect consumers and ensure a fair market in other areas. Unfortunately, the office is ill-equipped to handle issues surrounding the protection of an open Internet. She says that is something the FCC has spent years studying and understanding. The FTC, on the other hand, completely lacks that technical expertise which is why the FCC handles such issues. Writing for Quartz, McSweeny went on to say this:

There are other problems with relying solely on the FTC. It can be costly, difficult, and time consuming to detect and prosecute discriminatory conduct–particularly for an agency like the FTC that lacks the FCC’s technical expertise in data network management. Let’s say that the FTC does detect harmful conduct by a dominant ISP, such as discrimination against a rival. And let’s say that the FTC has jurisdiction and legal authority to mount a challenge. (Already, we are making a number of rosy enforcement assumptions.) It might take years before the agency could get a court order halting the practice. During that time, the dominant ISP could continue to discriminate against its rival, potentially driving it out of business. Even if the FTC were ultimately to prevail, we couldn’t resurrect the dead rival. Nor could we go back in time and undo the harm to consumers or to the competitive evolution of the marketplace. At the end of the day, the dominant ISP might lose the antitrust suit and yet still wind up better off.

Some have suggested that FTC enforcement of “voluntary promises” by ISPs could substitute for clear open internet rules. But if ISPs were prepared, voluntarily, to commit to the principles in the FCC’s 2015 Open Internet Order, then why eliminate the rules in the first place? The answer is that the broadband ISPs know that they will be able to leverage their market power far more effectively if the only check on their behavior is after-the-fact enforcement by the FTC.

If anyone expects the FTC singlehandedly to be able to provide the net neutrality protections that Americans overwhelmingly support, let me disabuse them of that notion. We lack the tools, the expertise, and the resources to carry out such a charge on our own.

These comments certainly mirror other observers opinion that there will be a regulatory gap once the FCC scraps the network neutrality rules. McSweeny also went on to say that she fears that when the open Internet is dismantled, then the FTC will be used as a scapegoat for when that time comes. In the words of McSweeny, “We are being set up to fail.”

What these comments clearly represent is a direct shot at the FCC and Pai along with the few allies they have on the matter. Not only are there lawsuits going around right now challenging the FTCs ability to even regulate ISPs, but now you have comments straight from the FTC itself. This goes a long way in promoting the argument that the FTC simply won’t protect consumers when it comes to protecting the open Internet. Just more people being added to the list of those who say scrapping network neutrality is a mistake.