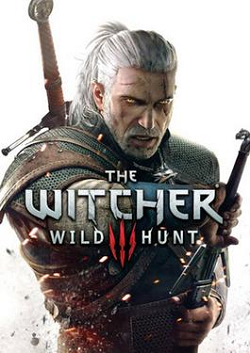 This is the 21st instalment of our first impression video series. For this month’s Steam game, we are playing The Witcher 3: Wild Hunt for the first time.

Welcome to the 21st instalment of our first impression video series. Today, we are playing the Steam game, The Witcher 3: Wild Hunt for the first time. You can check out the video directly on YouTube or in the embed below:

This game was released in 2015 and is probably the most famous of the first three Witcher games. After playing the first two Witcher games, it made sense to round things out with this third title and get a more complete picture of the franchise.

What did you think of this game? Did you find the expansiveness to be immersive or did it overwhelm you? Have you tried the other games in the series or is this it? For those who played beyond just this game, are you in agreement that this is the best of the first three games or did you like one or two more? Did you enjoy Gwent or did you just skip that while playing? For those who played the other games in the series, do you miss dice poker while playing this game? Let us know in the comments below!

One thing to note: The glitch I encountered on the ladder didn’t happen at any time after with any other ladder. It was weirdly a one off thing.