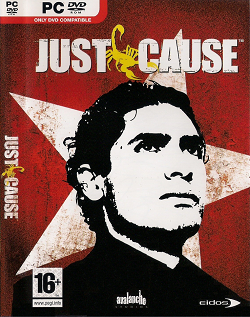 This is the 27th instalment of our first impression video series. For this month’s Steam game, we are playing Just Cause for the first time.

Welcome to the 27th instalment of our first impression video series. Today, we are playing the Steam game, Just Cause for the first time. You can check out the video directly on YouTube or in the embed below:

For this video, we tried a multitude of methods to clear up the texture flickering problem we experience in the recording of some of these games. As mentioned in previous videos, the flickering only occurs in the recording, but not on the actual gameplay. We’ve tried adjusting the quality in the game, adjusting the frame rates, and even using OBS (which we use for PS3 game recording) instead of our standard capturing software for PC games to no avail. In fact, OBS did a worse job by capturing the video footage of the game in a small postage stamp sized version on the top left corner of our screen on top of it all. So, if anyone out there has an idea on how to fix this flickering problem, we are all ears at this stage because we’ve done everything we can think of to resolve the issue to no avail.

The other issue we ran in to is that one of our clocks glitched and put up 5 minutes instead of 10 like we originally set. When I saw that I had run out of time so early, I became skeptical part way through the recording that the video was already over. So, I tried to guesstimate when 10 minutes was actually up and I was off by about a minute and a half. We figured out why the clock glitched and have set up a system to ensure it doesn’t happen again.

Despite all of that, we hope you enjoy this video anyway despite the problems we ran in to.

Have you ever tried playing this game? What did you think of it? If you played other games in this series, does this have some familiar elements to you and would you consider trying it? For those who haven’t played this game, does this concept seem interesting to you? Let us know in the comments below!