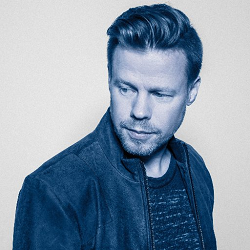 After a DMCA took out at least two episodes of Ferry Corsten’s radio show on YouTube, it appears that those episodes have been restored.

Over the weekend, we reported on two episodes of Corsten’s Countdown with Ferry Corsten being taken down on YouTube over copyright grounds. The complaining label, EDM/District effectively claimed that it contained material they own and that it shouldn’t be present on YouTube.

The episodes in question were episodes 628 and 629. We weren’t exactly sure how closely monitored the YouTube channel was for copyright issues, so we attempted to contact Ferry Corsten about the issue. Since this is a weekly radio show, it could theoretically be possible that the channel could receive even more copyright complaints depending on what is airing on the show.

Now, there appears to be a positive resolution in all of this. While we have no idea what events took place behind the scenes, it appears that both episodes have been restored on YouTube. We weren’t able to obtain an explanation why the takedowns were issued in the first place or what took place to resolve the situation. Either way, something clearly happened behind the scenes to get the shows restored.

It’s entirely possible that someone on Corsten’s team either contacted YouTube or District (could be both?) to have the block lifted. For all we know, it was an embarrassing misunderstanding in the end. After all, who would want to be the person that labelled a name that big a copyright scofflaw and have him taken off YouTube under such circumstances? It’s also possible an automated takedown system went horribly wrong and now the channel is being whitelisted.

At any rate, it’s just one of a massive list of examples why the shoot first and ask questions later copyright system is flawed on YouTube’s part. While the video’s were taken down, it left everyone in a state of having speculation fill the void in the absence of facts. It also highlights that anyone could be implicated in the system. Even if you are a big name DJ authorized to mix that music in the first place, you can still get hit with a DMCA takedown anyway. Complete innocence is no excuse in this system after all.

While we may never know all the details of this particular case, at least this case had a happy ending. Most people in this situation aren’t so lucky. Most YouTuber’s don’t have the resources to sort these types of cases out like Corsten would. What does that say about competition on the site in the first place?