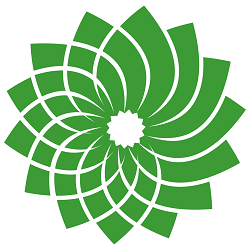 After the gag order silenced the committee’s debate on Bill C-10, the topic of lasting consequences was brought up by the Green Party and the NDP.

While there is no serious debate over whether Bill C-10 is a threat to free speech (it is), the debate has managed to grow beyond the integrity of speech in Canada. As we noted earlier, the Liberal Party pushed to shut down debate in the Heritage Committee. Phrased as a “gag order” by the Bloc, it appears that the push managed to get through. Experts point out that this is the first time in over 20 years that such an order was implemented.

The reason why this debate is moving beyond free speech is because this now goes into some pretty extreme territory for ramming through legislation. The debate is now about the integrity of democracy. While there have been multiple attempts defend the legislation, none were actually successful. Instead, supporters had to rely on meaningless catch phrases like “make web giants pay” and “level the playing field” – all of which obviously amounts to nothing when held up to the free speech concerns raised by opponents.

At this point, the obvious play is to simply scrap the legislation and go back to the drawing board. What is it that is the goal of this legislative effort? Who should be consulted when crafting such legislation? Really, it is about starting the whole thing over simply because it is, at the moment, unworkable. Of course, that’s not what happened. Rather than admit defeat, it seems that the core supporters of the legislation are pretty much doing anything and everything to keep this legislation on track. Whether it is to simply sling mud at opponents or, bizarrely, whitewash Wikipedia entries without the slightest bit of self-awareness of the situation. The only thing that seems to be left in the Heritage Minister’s arsenal is to ram through the legislation and damn the consequences.

The first move appears to be to silence the debate on the legislation. Some note that it’s a move so brazen, even the Harper Conservatives never took things that far (though one wonders if the Conservatives are furiously taking notes at this point). With this move now in play, it seems that self-image has taken a back seat. They know it’s a bad bill. They know it is unconstitutional. What’s more is that it is completely indefensible. Despite how it should have been relegated to a dead on arrival legislation, it appears that the Liberal party have gotten to the extreme of sacrificing all self-image to get this legislation passed.

As a result of this gag order, Michael Geist is noting that the NDP and Green Party are raising concerns about how this is all playing out:

I thought about that series yesterday as I watched Guilbeault try in the House of Commons to defend the indefensible: a gag order on committee review of the bill, the first such order in two decades. While the bill is in dire need of fixing, what occurred yesterday was far worse than a blunder. It was a betrayal. A betrayal of the government’s commitment to “strengthen Parliamentary committees so that they can better scrutinize legislation.” A betrayal of the promise to do things differently from previous governments. A betrayal of Canada’s values as a Parliamentary democracy.

The 23 minute and 30 second question and comment period – the House Speaker ruled there could be no debate and that the period could not extend beyond 23 minutes and 30 seconds – notably featured NDP MP Peter Julian and Green MP Elizabeth May, two of the longer serving MPs in the House as among the first to speak. Julian was first elected in 2004, when Guilbeault was only a few years removed from activist stunts such as climbing the CN Tower. Meanwhile, May became the founding Executive Director of the Sierra Club in 1989, the same year Guilbeault started as a university student. It seemed to me that both had a message for an inexperienced cabinet minister elected less than two years ago, namely that some things are bigger than single bill. Bills come and go, but principles – or betrayal of those principles – endures.

Guilbeault clearly did not get it, wondering how the NDP could possibly reject the gag order and effectively support potential delays to his bill. Both the NDP and the Greens may ultimately vote for Bill C-10, but both understand that defending democracy and the freedom of expression of MPs (much less the freedom of expression of all Canadians) is far more important than a delay to any single bill. As May noted, the gag order will do real long term damage. One day it will be a different government on a different issue seeking to use the same procedure to cut short committee study. And the Liberals will have no credible response with no one to blame but themselves.

Geist also commented that he was puzzled by the lack of political payoff after all of this. He is suggesting that it’ll be unlikely that the bill will go to the House of Commons before the Summer break. As we previously noted, there are questions on whether or not an election call will be made during that break. As far as we can tell, that is still up in the air, but there is a real possibility that the NDP will simply support the Liberals and keep the current government going. The real political question for the NDP is likely going to be whether they think that their lack of movement in the polls will soon change in order for it to be worth the political risk of forcing an election during a pandemic. It would be a surprise if there wasn’t any internal push back to that. Unless something big happens that gives the NDP reason to think that they can capitalize on something politically, it’s hard to see an election happening.

While Geist’s angle is on the timeline in which there is almost no benefit for pushing this forward, the real damage being done here is the Liberal’s credibility. It’s a bill no one really wants outside of big lobbyists. So, it’s hard to see how, politically, you can see a net benefit for pushing this bill through faster like this. Is it really worth throwing away so much political capital earned from the pandemic response over a bill that won’t really get any new voters on your side? Not really.

It’s possible that the thinking is that the public is distracted by the discovery at Kamloops as well as the status of the pandemic to really pay attention to something that is less interesting like freedom of expression and the future of Canadian innovation. When interest shot up over Bill C-10 back in April, this took an obviously ill-prepared Minister off guard who thought he could simply do the bidding of lobbyists behind the scenes. Getting busted wound up being a hand in the cookie jar moment.

The minister probably didn’t want to be on camera and didn’t want this kind of attention on this legislation. So, part of that came out during the CBC interview when he kept flailing his hands around saying how ridiculous it was that we are having a debate about censorship. It wasn’t really that it was ridiculous that the debate was about censorship, but rather, it was ridiculous that people were paying attention. As such, that frustration came through at that point in time because he was getting attention in spades – the last thing he wanted in all of this.

So, plausibly, the Minister seethed with rage when the debate kept going further and further sideways. With talking points repeatedly getting debunked, the Minister probably started to panic. So, this is probably where it is coming through: the gag order. The prospect of the legislation dying was probably a fate worse than political death for him. So, every political lever is being pulled to make sure this legislation has the best chances of passing. With inexperience plaguing reasoning, political consequences, or potential payoff, there really is less thinking involved and more perceived survival. It partly explains why so many questions directed at the Minister end up getting responses that don’t have anything to do with the question in the first place. There is no focus on the debate at hand at all and attempts to bring in valid points are shut out of his mind in the process.

While this is speculative, it does go a long way into explaining some of the behaviour we are seeing. The situation is continuing to inflame itself and all the Minister might be caring about is getting anything past the finish line, regardless of the consequences. As each passing day goes by, the debate becomes less about the hugely critical freedom of expression issue and more about how much damage is this going to do for anyone who is supporting this dumpster fire in any way shape or form. As of now, it has already burned a lot of entities.