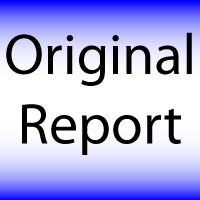 We have finished analyzing three major trade agreements. These agreements include the Trans-Pacific Partnership (TPP), the Comprehensive Economic and Trade Agreement (CETA), and the Trades in Services Agreement (TiSA). We’ve made a lot of findings between the three of them, so we’ve decided to offer a quick overview of what we found.

They’re long, big, detailed, dry, comprehensive, and complex – some of the many words to describe these agreements. Proponents describe these trade agreements as essential and allows countries to participate in the global economy. A major problem for proponents is the fact that they’re quite secretive. With the exception of CETA, which was officially published after significant pressure from citizens and concerned interests everywhere, these trade agreements are not meant to see the light of day. Negotiated in closed door meetings, many have become suspicious that they are much more than simply agreements revolving around trade. In fact, that is what we found earlier on in an earlier analysis of the TPP.

In this latest round of analysis, we aimed to update existing reviews with updated drafts and look into what is found in trade agreements that we have yet to look at. We largely accomplished that through our recent analyses of the TPP, CETA, and TiSA. There was a fourth trade agreement that was in our list of agreements we wanted to look over: the Transatlantic Trade and Investment Partnership (TTIP). While portions of the agreement have, indeed, leaked, annexes/chapters related to digital rights remain shrouded in mystery outside of comments from some that it would tighten copyright laws. What that means precisely could be anyone’s guess, but we will remain vigilant in looking for any new details that come out – especially if a draft document is leaked or published.

In the mean time, we have three other agreements to look at and this is generally what we found:

Arguably the most famous of all the proposed trade agreements, TPP is still officially secret. So, we have to rely on a leaked draft to find out official details. The TPP aims to ratify the WIPO Internet treaties, remove privacy safeguards for Top Level Domain (TLD) owners/holders, allow copyright terms to ratchet up to 100 years after the authors death or simply up to about 170 years if life couldn’t be established, enforce anti-circumvention laws even if there are grounds for fair use/fair dealing/other exceptions, implement criminal liability for breaking DRM, enforce statutory damages (or “deterrent level” damages) regardless if the infringement is related to commercial or non-commercial/personal activities, government involvement to enforce intellectual property rights, allow rights holders to determine damages in civil cases, allow for enforcement of intellectual property rights if an alleged infringement is “imminent”, the seizure of your cell phone at the border and the destruction of your cell phone if there’s suspicion of infringement, ISP liability, the permission of ISP level surveillance, and a notice-and-takedown system for accusations of infringement. In other words, if you are against digital rights, this pretty much amounts to a laundry of almost everything you could hope for. You can read our full analysis of the TPP here. It includes citations and quotations to ensure reliability of our points as well as sources to the leaked information so that you can read the document in full yourself.

Another famous trade agreement. Unlike every other proposed trade agreement, a draft of CETA was published officially. So, we analyzed the official draft document. What we found was that CETA would: institute ISP liability, force countries to ratify WIPO treaties, institute anti-circumvention laws regardless if there is a case for fair use/fair dealings/other exceptions, propose traffic shaping, a three strikes law, and/or site blocking for the purpose of enforcing copyright, allow fines against the infringer to any amount that is determined by the rights holder, allow the seizure of your cell phone at the border for the purpose of enforcing copyright, and allow for the destruction of your cellphone if infringement is found (though if a government wants, they can implement an exception for personal devices, but this is not an explicit exception in the agreement). If you would like to read our full analyses of the agreement, you can find that here. The analysis, as usual, contains quotations to ensure accuracy as well as links to the source document so that you can read it for yourself.

A lesser known trade agreement being proposed. One thing we did note is that this is in its earlier stages of development. Therefor, a lot can change between now and when this agreement edges closer to conclusion. That means that even though we found significantly fewer reasons to be concerned with this agreement, that could change in the future.

What we found in the agreement includes: an anti-spam provision that is of questionable significance, provisions surrounding the transfer of source code as it relates to closed source projects, the multiple inclusions of a blanket exception (from the US) for the vaguely worded “essential security interests”, an explicit loophole for the operation of DRM, barring countries from preventing companies to implement data retention, the permission of the existence of VPN services, the liberalization of foreign ownership and investment of telecommunication companies, the publication of roaming charges rates, and the unreferenced definition of “personal information”. You can read our full analysis of TiSA here. The analysis contains quotations to ensure accuracy as well as links to the referenced documents for your own analyses.

We hope the above provides some clarity as to what is really meant when politicians or other organizations say that we should enter into these agreements. Since details are routinely scarce or covered up, we felt an full-fledged analysis of everything we could get our hands on were in order. We do note that the scope of our analysis is limited to how they impact digital rights. These trade agreements, of course, go far beyond digital rights and into seemingly countless other topics.

We will certainly monitor for any further developments in regards to these trade agreements.