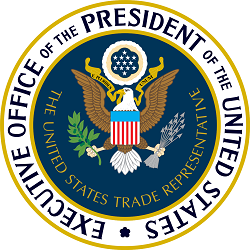 The 2017 “notorious markets” is accusing piracy as being a driving force for the spread of malware. It also lists several sites.

Every year, major corporations release a list of so-called “notorious markets” as a platform to lobby governments around the world. The aim typically is to get other countries to pass stricter and stricter copyright laws whether or not what they want is actually needed. It is a report that is separate from the Special 301 report which also serves a similar function.

The Special 301 report itself has come under scrutiny in the past for not being all that credible. Instead, many point to the report as being nothing more than a list of demands by organizations like the RIAA (Recording Industry Association of America) and the MPAA (Motion Picture Association of America). The credibility is so bad, that countries like Canada admitted that they don’t recognize the validity of the report due to the many flaws it contains. That, of course, doesn’t stop USTR (United States Trade Representative) from releasing such reports anyway.

In the report, there are accusation that piracy is responsible for the spread of malware:

In addition to facilitating IP infringement, these sites may lack safeguards for consumer
privacy, security, and safety. Some sites reportedly actively and surreptitiously install malware
on users’ computers, commit advertisement fraud, and enable phishing scams that steal personal
information, all to increase their unlawful profits.

The report further says that somewhere between 227,000 to 1.3 million malware files are estimated to be released every day. Of course, the report did not say it is sourced from the sites, but worded their report to imply it as such on page 11. Instead, they just sourced the material to general malware reports from anti-virus vendors. One of those report is from Panda Security. Interestingly enough, that report states the following:

The year kicked off with more than 20 million new samples of malware detected and neutralized by PandaLabs, with an average of 227,000 per day. This figure is slightly higher than the one found last year in the same quarter, in which the average of new samples rounded off at 225,000 per day. Throughout 2016, we’ve seen how the quantity of new malware has been slightly lower than last year’s — about 200,000 new samples of malware per day on average — although attacks have become more effective.

One can only imagine that whoever wrote this simply plucked the largest number they could find to beef up the numbers because the report does not even mention anything about effectiveness.

The higher number is sourced to Symantec. If you browse the report, the focus on their data on that page is Malware spread through e-mail. In fact, nowhere on that page does it even offer the direct “1.3 million” figure. Instead, there is a graph that shows new malware detected by month. So, the first thought was that maybe whoever report this took a total number of each month and divided it by 365 days. Unfortunately, that number didn’t total 1.3 million per day. We tried picking the highest rate month and lowest rate month, multiplying that by 12 and dividing by 365 and nothing totalled 1.3 million. So, ultimately, we have no idea where the 1.3 million figure even comes from in the first place.

At any rate, the report goes on to list several sites they don’t like as part of the online “notorious markets”.

One thing worth noting is that the torrent sites listed are largely public sites. In the BitTorrent community at large, it is fairly common knowledge that users do try to avoid those sites as much as possible and, instead, utilize private sites instead. Typically, public sites are viewed as less trustworthy to begin with, leaving largely inexperienced users to use them.

Another takeaway is the fact that a number of these sites are simply not English-based in the first place. From there, the report then targets countries over bootlegging and counterfeit operations. The list of countries mentioned are as follows: China, Argentina, Canada, India, Indonesia, Italy, Mexico, Paraguay, Spain, Turkey, the United Arab Emirates, and Vietnam. According to Worldometers, the total population of all of those countries is 3,520,958,902. According to Wikipedia, the world population is 7.6 billion. That works out to about 46% of the entire world population. So, it does add some perspective on the report.

So, how all this plays out for the credibility of the report remains to be seen. With some countries already casting doubt on the validity report and what we have already found through our quick review, it’s hard to say if that will change any time soon. Still, as shown in the past, arms of the major corporate organizations will no doubt use this as a platform to lobby various governments around the world. As we already know, sometimes politics gets disconnected from reality.