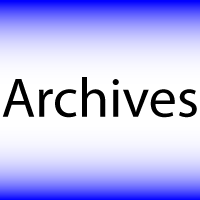 Things are apparently getting tense over the Anti-Counterfeiting Trade Agreement (ACTA). If rights holders are hoping to get ACTA talks finalized quick and efficiently, they have a huge problem as European negotiators and US negotiators seem to be squaring off with each other according to a recently published report.

Things are getting pretty rough for those hoping to tighten down on copyright rules around the world. First, the fine in the Tenenbaum case was slashed to a tenth of it’s original amount. Next, France’s HADOPI law which brought in three strikes are stalled thanks in part to governing party members now distancing themselves from the new law and slowing it’s ability to be implemented. Then, trouble on the home front again as the world finds out how much the RIAA is losing in the litigation front in the US.

If pro-copyright maximalists don’t want any more headaches, then it may be best to stop reading at this point and maybe hide under a bed until the weekend rolls around. It seems that ACTA negotiations are breaking down. ACTA has been known for it’s very subtle approach to slip in a global DMCA and three strikes law around the world. An ITWorld report says, “The European Union “will not swallow” U.S. hypocrisy when negotiating an anti-counterfeiting agreement, said the senior E.U. representative involved in the talks.”

At issue was whether or not European citizens were being adequately safeguarded in the ACTA negotiations. Another major concern for many who are both involved in the negotiations and not is the fact that the revised text is not made available. From the report:

But the biggest source of dispute between the negotiating counties is intellectual property rights. “Talks have been disappointing,” he said. The problem is that the E.U. wants to include geographical indications in ACTA, but others want it to only cover copyrights and trademarks. “If we do not mange to get these [geographical indications] included then I really ask myself what would be the benefit of this agreement,” said De Gucht. “There is slight hypocrisy from the U.S. over the protection of geographical indications” he said, as the U.S. opposed that in ACTA, but was using trademarks to get the agreement through the back door. “We will not swallow it,” he said of the E.U.’s position regarding negotiating with the U.S.

If supporters of ACTA were hoping for a smooth, quick and timely period for negotiations, this would probably be about the last kind of thing they would want to hear coming out of these negotiations. If ACTA completely collapses (worst case scenario), then whether or not people would have their iPods, cellphones and laptops searched at the border for “TMD” suffixes or a three strikes law would be implemented should this agreement come to pass would be irrelevant and it would be back to the drawing board after years of work pushing to get this far.

The ironic thing about all of this is if this were an open discussion where people could see the text as it evolved throughout the negotiations, at least half of these problems would have been avoided. Yet, here we are with ACTA negotiators taking a stance saying that there is no way this would be anything but one of the most secretive international agreements seen in recent times. Looks like hoping for everything to come with ACTA is turning around and biting ACTA supporters in their posteriors.