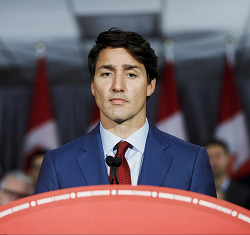 The Canadian government has no interest in listening to you over the online harms proposal. The mandate letter is the latest sign of that. 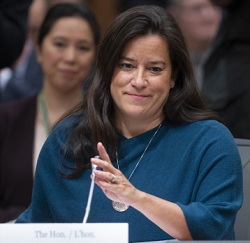 Jody-Wilson Raybould and Navdeep Bains were a big part in our seemingly accurate predictions about the next government. Drew Wilson explains.

It was a close call, but Canadians are breathing a sigh of relief knowing that Bill C-10 failed to pass before the Senate adjourned.

There was plenty of hope for the current government in the beginning, but it has regressed into the old habits. Advocates are giving up on them altogether.

Digital issues became a small blip on the election radar today in the Canadian election. The Liberals are now saying they would lower cell phone bills.

Justin Trudeau is reportedly actively lobbying the European Union and its members to sign on to the Comprehensive Economic and Trade Agreement (CETA). While Canadian media simply reports it as the Canadian Prime minister promoting trade, Freezenet knows that CETA contains provisions in it that indoctrinates Internet censorship and even the failed three strikes law END_OF_DOCUMENT_TOKEN_TO_BE_REPLACED

After months of denial, Canada’s Prime Minister Justin Trudeau has admitted that the Canadian government intends on signing the hugely controversial Trans-Pacific Partnership.

Justin Trudeau, Canada’s next prime minister, will be armed with the backing of a Liberal Majority government. Some have hoped that he really did represent change from the Conservative party, but a phone call with a Japanese prime minister suggests that, like outgoing prime minister Stephen Harper, Trudeau may be supporting the Trans-Pacific Partnership (TPP).