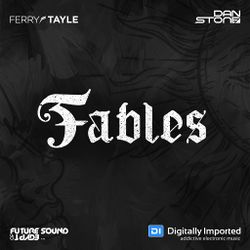 Fables is a podcast and radio show produced by Ferry Tayle and Dan Stone. The show first began airing on July 3, 2017 and continues to this day.[1] This show is generally about showing off progressive and uplifting trance music.

Boldfaced episodes indicate when the show entered a new year. For example, episode 026 aired in 2017 whereas episode 028 aired in 2018.