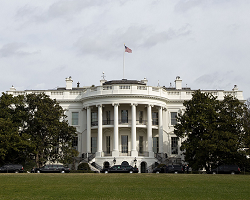 The governmental arm tasked with looking over military communications in the White House has been hit with a data breach. 200,000 have been compromised as a result.

With so much happening in other area’s, it has been difficult to keep track of the different data breaches that have taken place. Still, that doesn’t mean they haven’t been happening as of late. Recently, a high profile victim has been hit with a data breach. The victim in question is the US White House among others.

More specifically, the victim is the Defence Information Systems Agency (DISA), an arm of the Department of Defence. This organization is charged with the task of overlooking the military communications flowing in and out of the White House. News is surfacing that they have become the victim of a data breach. From the BBC:

The US Department of Defence confirmed that computer systems controlled by the Defence Information Systems Agency (DISA) had been hacked, exposing the personal data of about 200,000 people.

The agency oversees military communications including calls for US President Donald Trump.

The agency is responsible for the military cyber-security and it sets up communications networks in combat zones.

There are 8,000 military and civilian employees at the DISA, but through its operations, it handles data for many other individuals.

This is why the personal information for so many people was exposed.

The article goes on to say that the Department of Defence (DoD) is notifying the victims of the breach. At the same time, they say that they have no evidence the compromised information had been misused. They wouldn’t say who is responsible or if they have any idea who is behind the attack.

Regardless, this is pretty much like smacking a hornets nest with a baseball bat. While private organizations might simply be more motivated to bury the story about them being hacked, people behind government infrastructure will be slightly more motivated to figure out who is behind the attack. After all, the last thing authorities want to be seen is defenceless in the face of certain kinds of threats. So, at the very least, there is motivation to go after the perpetrators. Whether or not they will succeed is, of course, up in the air.