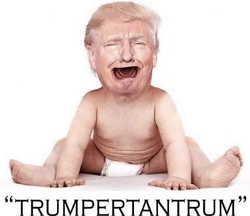 Outgoing president, Donald Trump, is renewing veto of NDAA, but lawmakers can get a super majority to override the veto.

Earlier this month, we reported on Trump threatening to defund the military if there is no provision to gut Section 230. Lawmakers, including Republicans, noted that military funding legislation is no place to discuss Section 230 reforms. So, lawmakers are effectively ignoring the presidents initial threat to veto the National Defense Authorization Act (NDAA).

Obviously, Trump wasn’t happy about any of this. In response, he did what he does pretty much every other day, he went golfing and threw a temper tantrum on Twitter about it. He then took things further and renewed his threat to veto the legislation. From Reuters:

U.S. President Donald Trump on Sunday repeated his threat to veto a massive defense policy bill, setting the stage for a major battle with U.S. lawmakers at a time when they are racing to hammer out a compromise on more coronavirus relief.

The $740 billion National Defense Authorization Act (NDAA) passed both houses of Congress with more than the two-thirds majority needed to override a presidential veto.

Passage by the Republican-controlled Senate on Friday sent the measure to Trump, giving him 10 days – minus Sundays – to veto it, sign it or allow it become law without his signature.

Trump shrugged off hopes by backers of the bill that strong bipartisan support for the measure – which has become law for 59 straight years – would prompt him to reconsider his threat.

While Trump does have a veto pen, there is a thing called a super majority. In a nutshell, if lawmakers overwhelmingly pass legislation, then even if the president tries to veto, that veto can be overridden. As political observers note, the math gets a bit more interesting because more people need to approve the legislation in order for it to be veto proof. For plenty of other legislation out there, things can get quite tricky in a hurry.

The problem is that this is the NDAA – widely described as “must pass” legislation. After all, defunding the military? In America? Are you crazy? CNN thinks that the math is actually pretty narrow, but it is still promising that lawmakers will get that super majority to override the president. From that report:

The House of Representatives on Tuesday overwhelmingly approved a sweeping defense bill with a veto-proof majority after a veto threat from President Donald Trump sharply divided Republican lawmakers, forcing them to choose between loyalty to him and legislation that sets defense policy for the country.
The vote, which broke down to 335-78, is a major rebuke to the President.

The National Defense Authorization Act will next head to the Senate, where it is also expected to pass with bipartisan support, though it is not yet clear if it will similarly reach a veto-proof majority in the chamber.

If the House ends up voting to override a presidential veto, that vote could be far narrower, however, because at least some Republicans are likely to change their votes in order to sustain a veto.

House Minority Leader Kevin McCarthy, who said that he would vote in favor of the bill, but would vote to sustain a veto, insisted that Republican House members will back the President if he vetoes the legislation.

At this point, you might be thinking that this latest attempt to wreak havoc on the Internet is pretty much dead on arrival. Lawmakers will succeed in getting their super majority and Trump will get yet another kick in the rear on the way out the door – end of story.

We would love to sit here and say, “Yes, that is totally the reality. We are probably going to see the last part of this story and this latest storm is going to clear out. Sunny ways ahead.” Unfortunately, things are a heck of a lot more complicated with this story then that.

Last year, we mentioned a piece of legislation known as the CASE Act. In short, the CASE Act is effectively a copyright court that some lawmakers wanted to set up specifically to go after alleged copyright infringers. It’s a really bad piece of legislation that could easily make court cases surrounding copyright even more complex and threatening to those who have found themselves engaged in non-commercial infringement.

At this point in time, you might be saying, “Uh, Drew? What does that dead legislation have to do with the NDAA?” Thanks to the Democrats who some people accuse me on Twitter of constantly pandering to, that awful piece of legislation could actually be attached to the NDAA.

In response, the Electronic Frontier Foundation has been raising the alarm about this and urged users to tell lawmakers not to “bankrupt” ordinary Internet users:

We are at a critical juncture in the world of copyright claims. The “Copyright Alternative in Small-Claims Enforcement Act”—the CASE Act—is apparently being considered for inclusion in next week’s spending bill. That is “must pass” legislation—in other words, legislation that is vital to the function of the government and so anything attached to it, related to spending or not, has a good chance of becoming law. The CASE Act could mean Internet users facing $30,000 penalties for sharing a meme or making a video. It has no place in must pass legislation.

The CASE Act purports to be a simple fix to the complicated problem of online copyright infringement. In reality, it creates an obscure, labyrinthine system that will be easy for the big players to find the way out of. The new “Copyright Claims Board” in the Copyright Office would be empowered to levy large penalties against anyone accused of copyright infringement. The only way out would be to respond to the Copyright Office—in a very specific manner, within a limited time period. Regular Internet users, those who can’t afford the $30,000 this “small claims” board can force you to pay, will be the ones most likely to get lost in the shuffle.

The CASE Act doesn’t create a small-claims court, which might a least have some hard-fought for protections for free expression built in. Instead, claims under the CASE Act would be heard by neither judges or juries, just “claims officers.” And CASE limits appeals, so you may be stuck with whatever penalty the “claims board” decides you owe.

Previous versions of the CASE Act all failed. This version is not an improvement, and Congress has not heard enough from those of us who would be most affected by CASE: regular, everyday Internet users who could end up owing thousands of dollars. Large, well-resourced players will not be affected, as they will have the resources to track notices and simply opt out.

How do we know that the effect of this bill on people who do not have those resources has not been understood? For one thing, Representative Doug Collins of Georgia said in an open hearing any claim with a $30,000 cap on damages was “truly small.” Of course, for many many people – often the same people who don’t have lawyers to help them opt-out in time – paying those damages would be ruinous.

What a “delightful” plot twist to this whole saga. We could very well be sitting here with a lose-lose situation here. On the one hand, let Trump win and allow him to try and gut Section 230 on the way out the door. On the other hand, give a shark rebuke to Trump and wake up the next day with copyright courts that could bankrupt ordinary Americans be implemented across the country. Both options flat out suck and it ensures that this debate will have no winners coming out the other side.

At this point in time, the best case scenario is that lawmakers will realize the hypocrisy of attaching the CASE Act to the bill while telling Trump that debates about the Internet has no place in the legislation. That way, both bullets can be dodged at the same time. At this point in time, we see that as a very tall order even if it isn’t impossible to accomplish. The next best thing is that the provisions slapped into the bill will get smacked down later on. The chances of that happening looks pretty dicey as well.

Failing that, it’s certainly possible that organizations like the EFF and the ACLU will file a lawsuit challenging the law. Perhaps they can make a case based on constitutional grounds that this law should get thrown out. That really isn’t that unrealistic given that years of pressure has effectively allowed the ludicrously unconstitutional warrantless wiretapping laws to lapse. While it’s not the pretties way of handling it, a long game of chipping the law back out of the law books bit by bit is certainly viable.

At any rate, the situation that is starting to unfold now is a lot uglier than a lot of people might realize. Hopefully, the CASE Act will ultimately not be included and the Internet can breathe a sigh of relief. If not, then there is the potential for a lot of pain for users in the months and years ahead.