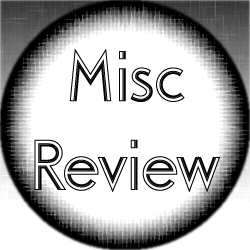 This track was released in 2006 online for free.

The track starts off with a brief amount of piano. It builds up with some eerie ambient sounds before the piano eventually returns. The eerie sounds are not unlike something you would hear in a Silent Hill game as well.

From there, the percussion work really carries the track through a larger portion of the track. The slower tempo helps make this track seem much more ominous. It’s as if something supernatural is bubbling beneath the surface.

After a while, some guitar elements do start working their way into the track. This is followed up with more pronounced symbol work from time to time.

From there, the track starts backing off a little. Some electric guitars are introduced to give this track a sense of evolution. The electric lead guitar ducks out and is replaced by a somewhat more acoustic sound.

That is when another lead guitar takes over. This guitar gives the track a much more triumphant sound. It helps that the feedback sound that makes the track eerie takes more of a back seat. Those sounds only go away when the track breaks down finally.

What I really like about this track is basically the last two minutes. The emotion can easily be heard through the guitar work. Everything sits nicely and works amazingly well.

The problem I have with this track is the fact that the build-up to the best part is so long and drawn out. I get that the idea here is to give the track a nice build-up, but this build-up basically lasts for about 5 minutes. The sound isn’t bad in the first 5 minutes, but it ultimately could have been its own track. As a result, this track actually sounds like two tracks slapped together rather than one cohesive audio journey. I’d say this track is best served as either chopped into two tracks or significantly shortening the first portion.

Still, this track does have a number of things going for it. It has some interesting sound at the beginning. The ending is very well done. The build-up may be excessively long, but that doesn’t mean I wouldn’t recommend the track. As far as I’m concerned, this is a pretty decent track.