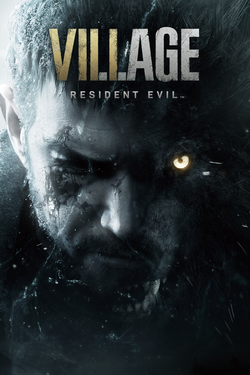 PC gamers have been plagued with a stuttering problem with Resident Evil Village. Empress removed the DRM and wound up solving the problem as well.

Resident Evil Village, the first person survival horror game released by Capcom, was released about two months ago. While console players have been playing with few problems, PC gamers are having a different experience. Specifically, there has been a known stuttering problem where the game briefly freezes or frame rate drops when certain enemies appear. Since the release, there has been efforts to try and trouble shoot this problem. Naturally, one possible thought is that maybe the settings in the game is too high for the computer to keep up. That, of course, is a very understandable possibility, but in this case, that didn’t work. This YouTube video demonstrates that even with lowering the settings, the stuttering persists:

So, if it’s not a problem with the settings, then something else is clearly at play. As it turns out, the DRM (Digital Rights Management) was to blame for the issue. From Kotaku:

As reported by Dark Side Of Gaming, the PC version of Resident Evil Village was recently cracked by EMPRESS, a famous DRM remover. Now that Village has been cracked, anyone who knows where to look can download a pirated version of the game and play it without DRM. Removing DRM from Village also seems to have fixed those nasty stuttering issues that have been plaguing the game since it was released back in May.

In a message announcing the cracked release of Village, EMPRESS claims that Capcom is using both Denuvo and its own DRM technology. And it seems that all that DRM inside Village was the culprit behind the stutters and gameplay hitches players have experienced.

“All in-game shutters like the one from when you kill a zombie are fixed because Capcom DRM’s entry points are patched out,” explained EMPRESS. “So most of their functions are never executed anymore. This results in much smoother game experience.”

A video showing gameplay footage of the cracked version shows that the game does, in fact, run much smoother:

This appears to be the second time in a row where DRM actually ruins the gaming experience for legitimate buyers. On Friday, we reported how Ubisoft shutting down their servers rendered Might and Magic x: Legacy unplayable. In that case, the response was to pull the game from Steam completely supposedly in an effort to patch the problem. We have yet to hear any updates on that front. Regardless, if you play the pirated version of that game, then you can still play the single player game. If you paid for the game legally, playing this game either is no longer reasonably possible all the way through to the end (or you need to figure out a workaround to get it working again – ala cracking the game).

Denuvo, one of the notorious DRM makers, made the news back in 2018 when their brand new DRM scheme was cracked days before Hitman 2’s release. That rendered the argument that the DRM protects the game in the critical release window of the first few days useless. After all, the scene did what is so often does: crack and release a game prior to the street/release date.

So, once again, pirates get a superior version of the game while legitimate customers get the shaft. This has been a long running story that has been going on for well over a decade. For example, in 2010, Ubisoft had an “always on” DRM for Assassin’s Creed 2 where gamers need to have a 24 hour Internet connection to play in single player mode. The idea supposedly was that the always on DRM will, once and for all, keep the game from being cracked.

Obviously, the game got cracked and pirates got to play the game for free anyway. Then, to add insult to injury, the servers that kept the DRM operational went down, locking every legitimate gamer out of playing the game. So, the only people that could play the game were the pirates. Ubisoft, for their part, backed down and used Steam to sell the game. A few months later, they released a patch removing the “always on” DRM. In short, it was an abysmal failure.

So, as has been so often repeated over the years, DRM is punishing the legitimate customers and rewarding the pirates. Since companies seem intent on continuing to invest in this digital snake oil, we’ll very likely see this story repeat over and over and over again.