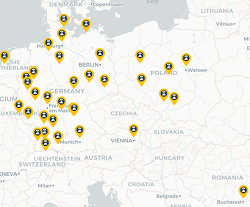 As controversy over article 13 continues to grip Europe, we decided to check in on how many protests are planned on March 23. That number? Up. A lot.

Last week, we reported on a significant milestone for opponents of article 13. The petition which voices opposition to the laws made history by being the single most signed petition in history. As of this writing, the number of signatures continues to climb. That change.org petition has now reached 4,945,334 signatures. That’s getting very close to the 5 million signature milestone.

So, with such a big milestone, we thought we’d check in on the protest planning. Last month, we broke the story of March 23 being named the Europe-wide day of action. A website has been launched to help organize the expected protests called savetheinternet.info. When it was first launched, about 20 protests have already been planned. Now? We’ll let the screenshot speak for itself: 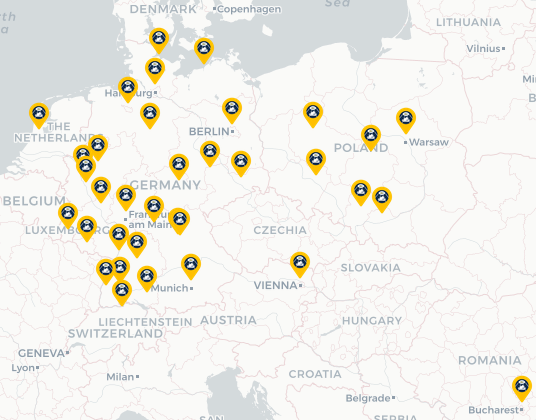 Above, the number of protests, according to the pins on the map, has more than doubled. More protests are expected in Germany while other countries are joining in. We’re seeing protests in Romania, Poland, The Netherlands, Switzerland, and Austria.

Obviously, this isn’t likely the final tally for how many protests are planned. They are still seeking information on any other planned protests happening in Europe at this point. As of now, March 23 is 13 days away. It’s unclear how many new protests are going to be more last minute, but there is certainly a movement to match what we see online on the streets.

We’ll continue to monitor this and bring you more developments as we find them.