A musician is speaking out about a troll he says is impersonating him. That imposter is now sending DMCA complaints against his social accounts.

Creators seem to be getting hit with copyright fraud lately. Earlier this week, we reported on the story of Martin O’Donnell, composer for major video game franchises such as Halo and Destiny, getting hit with alleged copyright fraud from two unknown company names. As a result, these unknown “companies” have slapped ads on all of his videos showing his own work and is extracting monetary gains into their own coffers. O’Donnell, of course, expressed frustration towards YouTube for allowing this to happen in the first place.

Now, we are learning that he isn’t the only artist getting hit with fraud lately. Another artist, Justin Whang, is calling on platforms like Twitter to “do something” about a troll that is harassing him. The troll in question is essentially impersonating him and is issuing DMCA complaints against him. The efforts is to get Whang’s Twitter account suspended. From Reclaim the Net:

Whang has nearly 600K subscribers on YouTube and is not a controversial YouTube personality, making it difficult to understand why he is being made a target here.

It all started when Twitter sent an email to Whang informing him about a copyright takedown request made against one of his own videos, originally posted on TikTok. Not only that – but the notice seemed to come from Whang himself.

Trying to deal with this fairly bizarre attempt of gaming the copyright system, Whang reposted the video with a link to TikTok. The goal was to prove his identity – that is, that the person sending out DMCA requests in his name, against his own content, was an impostor.

I deleted the tweet of the person who DMCA’d my video pretending to be me because the address was visible, but rest assured that they live in a dump. 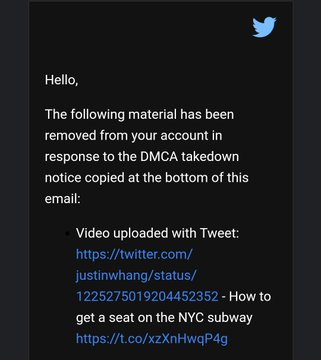 This fucker did it again, this time with another video from my tiktok 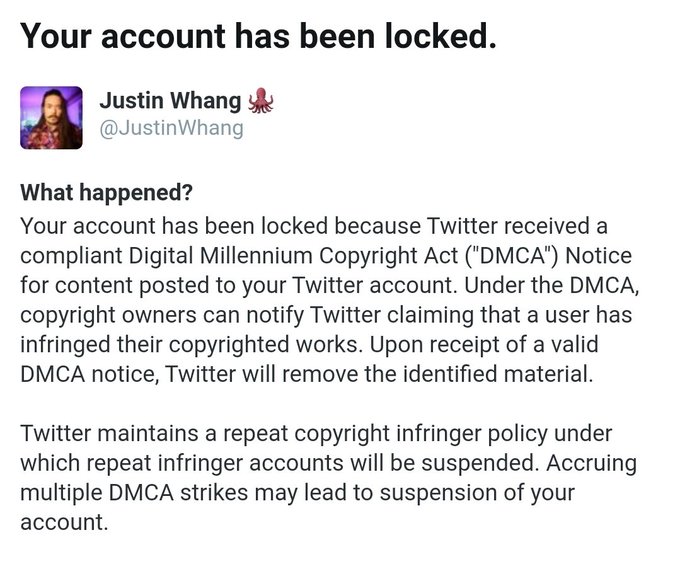 Whang, meanwhile received another copyright strike – for another one of his own videos, once again, apparently coming from himself. He then accounted in a tweet that his account was now being locked by Twitter “every few seconds.”

The article also mentions how Twitter doesn’t appear to have a system in place to combat fraudulent DMCA notices. Of course, the same can be said for pretty much any social media platform at this stage.

Of course, copyright fraud has been rampant for years now. Why copyright fraud takes place can be for a variety of reasons. In this case, it is clear that the purpose is to harass and censor the creator. With the O’Donnell case, the reason was to steal money and all potential ad revenue. Last year, we saw a case where the DMCA system was used as an extortion racket that got so out of hand, YouTube stepped in and sued the copyright troll.

At the end of the day, this is just another case which can be thrown on the pile of reasons why creators need protection from the abusive copyright systems that are in place now. We’ve seen copyright being used for censorship purposes, fraud, extortion, and harassment to name a few outcomes. There isn’t just a satisfactory case to reform the system, but rather, an overwhelming compelling case that reforms are urgently needed.

Unfortunately, lawmakers are generally beholden to multinational corporate interests. Those interests simply want to have that extortionate power to be judge, jury, and executioner on any complaint about copyright infringement. Any hint of restoring balance to the system is vigorously fought against with intense lobbying.

That leaves the platforms who are, so far, reluctant to even consider changing the system to protect their users against fraud and abuse. For the most part, they are more interested in appeasing the big entertainment corporations because they see financial opportunities in it for them. So, they are more than happy to throw the very users that made them so successful in the first place under the bus in the process. To this day, we haven’t seen any major platform even consider tackling the rampant and widespread problem of copyright abuse.

At the end of the day, fraudsters and trolls are free to run amok. With so much reluctance to lift a finger to solve this problem in the first place, it will leave creators and users to pay the price.