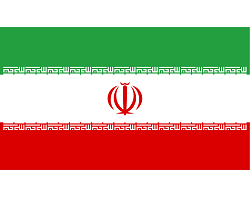 The Iranian government has threatened to put the block on social media apps like Telegram back on as protests continue across the country.

The start of 2018 is proving to be violent if you are in Iran. With clashes between protesters and government, it’s reasonable to believe that stability in the region is at least slipping to some degree. If one were to look at the conflict from a digital rights perspective, things did grow pretty serious when the government opted to block social media apps in the region. The aim is to stunt the protests by cutting off a means of communication as well as prevent footage from making it onto the wider web.

According to CNN, Telegram could once again be blocked to citizens as well:

The Iranian government has called on the messaging app Telegram to block “terrorist channels” in an effort to quell protests, according to the state-run media outlet IRIB.

“If [the] Telegram manager does not respect Iranians’ demand, the application will be closed completely,” Iran’s Minister of Communications and Information Technology, Mohammad-Javad Azari Jahromi said on Wednesday.

A temporary block on Telegram was first imposed on Sunday after anti-government protests throughout the country. Telegram removed at least one opposition channel citing calls for violence, but CEO Pavel Durov has refused to shut down other channels he has called peaceful.

In a Telegram post, Durov said, “We are proud that Telegram is used by thousands of massive opposition channels all over the world. We consider freedom of speech an undeniable human right, and would rather get blocked in a country by its authorities than limit peaceful expression of alternative opinions.” On Tuesday, in a Twitter post, Durov added that the popular messaging app Whatsapp was still “fully accessible” in Iran.

US president Donald Trump commented in a tweet showing his support for the protesters. From the Huffington Post:

Trump tweeted Sunday that it was “TIME FOR CHANGE” in light of deadly nationwide protests sweeping across Iran. Iranian demonstrators, frustrated by government corruption and a lack of improved economic conditions following the 2015 nuclear deal, have called on Khamenei to step down.

Big protests in Iran. The people are finally getting wise as to how their money and wealth is being stolen and squandered on terrorism. Looks like they will not take it any longer. The USA is watching very closely for human rights violations!

Of course, we are talking about politics in the Middle East. Nothing is simple in the middle east. One columnist from NPR even cautioned against simplifying the protests in Iran:

For years, Washington’s thinking on Iran has fallen into two oversimplified opposing camps. Regime apologists insist the Islamic Republic is strategically invulnerable and the United States must not only accept, but appease, the status quo. On the other side are American jingoists who rightly point to the Iranian regime’s egregious behavior — human rights abuses at home and proxy bating of the U.S. and its allies regionally — and then wrongly conclude that no negotiation with the regime is warranted and that the only prudent policy is regime change in Iran.

Both were wrong in the past, and are even more harmful now when the regime is in the throes of a serious test.

The regime is strategically weak because it faces daunting challenges — from oil price changes and water shortages to a disgruntled, Internet-savvy, youthful population, led by increasingly assertive women, hampered by chronic double-digit inflation and unemployment, and angered by corruption, cronyism and the squandering of massive sums in proxy wars, particularly in Syria.

As that columnist points out, there is a lot of moving parts politically. There is a lot of politics we simply aren’t going into because this goes well beyond our field of expertise. Just looking at a list of ethnicities in the country can be overwhelming let alone trying to even begin to figure out where people even stand on this particular issue and what their history is on the issues. This isn’t even going into different subgroups from within and how fluid the opinions are amongst different people individually.

Now, with the idea of blocking social media, in the grand scheme of things, this is basically using a hammer to swat a mosquito. If a government feels that silencing all speech is the solution to handling people protesting on the street, chances are, it’s a hasty decision that more often then not backfires.

First of all, the optics of censoring the Internet in any way shape or form is, at best, a touchy subject, but typically is viewed as a bad heavy handed response. As we can clearly see through Trump’s Tweet, it also helps legitimize the protesters simply because it’s point blank silencing speech. This is regardless whether or not you support the protests or not.

A second point is the fact that censoring the Internet is typically a very ineffective move. Whether it is shutting down filesharing for the sake of stamping out copyright infringement or trying to rid the Internet of a bad review, history has shown that the Internet does have a knack for circumventing the censors. The more people behind fighting the censors, the more likely efforts to suppress material is to fail. The history of the Internet is absolutely filled with examples of failed censorship attempts.

Whether or not you support the protesters in Iran, it’s going to be difficult to justify the governments move to block social media apps. The chances that this move will only help fuel the protests is pretty good.