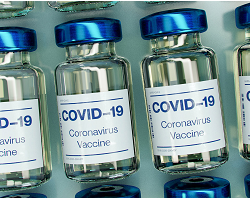 Intellectual property has been thrust into the spotlight in recent days. Many countries are trying to figure out what more can be done to help with the manufacturing and distribution of COVID-19 vaccines. Citing the precedence of the Polio vaccine, a number of health experts have been calling on having a waiver for the patent on the COVID-19 vaccines. The idea is that this would ease some of the burden on vaccine production and give the world a chance to eradicate this disease.

The debate then morphed into a sort of money vs the health of people around the world. Opponents cite all that money that could be made if we just kept that patent in place. Supporters, meanwhile, note that there is a global health emergency and that there is a risk of more variants and mutations of this virus if this pandemic isn’t brought under control soon.

The debate then began tilting into the favor of those pushing for the health and safety of people around the world when US president, Joe Biden, supported the move to waive the patent for COVID-19 vaccines. This took some by surprise because many are not used to the US doing the right thing. It is especially given how much pressure came from within from big pharmaceutical companies and even Hollywood to sacrifice human life in the name of maximizing profits.

The move sent shockwaves around the world as many world leaders began seeing that this push to have a waiver is actually a serious one.

France, for instance, initially said that they were not going to back the move. From The Guardian:

Emmanuel Macron has echoed the German government’s concerns over Joe Biden’s proposed suspension of intellectual property rights for Covid-19 vaccines as he urged the US and the UK to instead start exporting doses around the world.

Arriving at an EU summit in Porto in Portugal, the French president expressed his reservations about the White House proposal to waive patents and criticised the lack of exports coming from “Anglo-Saxon” countries.

“Today, the Anglo-Saxons block many of these ingredients and vaccines,” he said. “Today, 100% of the vaccines produced in the United States are for the American market.”

Shortly after, it appears that the French president surrendered to the growing momentum to waive the patent. From AA:

A day after the US-backed a decision to waive intellectual property protections for COVID-19 vaccines, the French president Thursday came out in full support for the lifting of patents to accelerate global production of vaccine doses to fight the pandemic.

He stressed that COVID-19 vaccines should be made a global public good and argued that rich countries should instead prioritize donating to poor countries. Countries in Europe, followed by the UK, the US, and others, need to prioritize the spirit of solidarity and efficiency and donate doses, which in the short term will accelerate vaccination, he added.

Germany, for it’s part, is still opposing the move. From the BBC:

Germany has voiced opposition to a US-backed proposal to waive patents on Covid-19 vaccines, saying they were not hindering production of the jabs.

Its government said “the protection of intellectual property is a source of innovation and must remain so”.

The European Union earlier said it was ready to talk about the proposal, and some states gave it their full backing.

Supporters of the plan say it will allow more manufactures to produce the life-saving vaccines.

They argue that this will increase access to jabs in poorer countries.

Canada, for it’s part, is seemingly playing follow the leader for now and not making a decision yet. The Canadian government said that they won’t be interfering with the efforts to waive the patent, though. From Global:

The discussions involve “various different partners who have various different opinions,” Trudeau said, and that his government is “working with others around the world to come up with a solution.”

“We’re engaged wholeheartedly in these discussions on various proposals,” he said at a press conference.

“I can assure you that Canada is not interfering or blocking. Canada is very much working to find a solution that works for everyone.”

For those who support the idea of waiving the patent, though, this is all looking promising. In less than a week, you had just pockets of support for this effort. Now, whole countries are lining up to support this move. With momentum gathering in their favor, it’s all looking promising that this might actually happen. Of course, the patent isn’t waived yet, but more and more are jumping on board with this idea. We’ll have to see if all of this translates into an actual waiver or not, however. So, more work still needs to be done at this point.