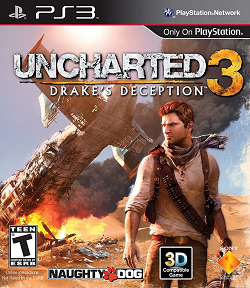 This is the 42nd instalment of our first impression video series. For this month’s Playstation 3 game, we are playing Uncharted 3: Drake’s Deception for the first time.

Welcome to the 42nd instalment of our first impression video series. Today, we are playing the Playstation 3 game, Uncharted 3: Drake’s Deception for the first time. You can check out the video directly on YouTube or in the embed below:

For those of you who have played this game, what did you think of it? Was it a good third instalment to the main series or did you like the previous game better? Do you have great memories of this third game? What did you think of the differences between the first three games? For those who haven’t played this game, was this something you wanted to try, but never got around to it? Does this look like something you’d be interested in? Let us know in the comments below!