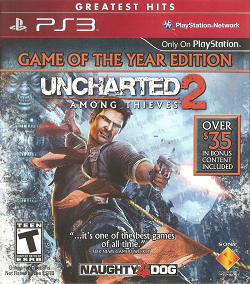 This is the 40th instalment of our first impression video series. For this month’s Playstation 3 game, we are playing Uncharted 2: Among Thieves for the first time.

Welcome to the 40th instalment of our first impression video series. Today, we are playing the Playstation 3 game, Uncharted 2: Among Thieves for the first time. You can check out the video directly on YouTube or in the embed below:

This game is the sequel to the game, Uncharted: Drake’s Fortune which we played earlier. So, it made sense that we went ahead and continued on with this series.