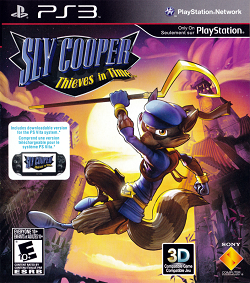 This is the 74th instalment of our first impression video series. Today, we are playing Sly Cooper: Thieves in Time for the first time.

Welcome to the 74th instalment of our first impression video series. Today, we are playing the Playstation 3 game, Sly Cooper: Thieves in Time for the first time. You can check out the video directly on YouTube or in the embed below:

As of this writing, this wound up being the last game in the whole franchise. As I mentioned in the video, that honestly surprised me because this was such a good series on the Playstation 2. So, I was quite curious to find out what note this sudden stop in the series ended on.

For those of you who played this one before, what did you think of the game? Was it a fun cartoon style game or was it just not your style? Did you enjoy the franchise at all? For those who have played other instalments in this series, did you think this was a good game that unexpectedly capped off the series?