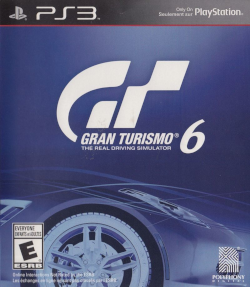 This is the 70th instalment of our first impression video series. Today, we are playing Gran Turismo 6 for the first time.

Welcome to the 70th instalment of our first impression video series. Today, we are playing the Playstation 3 game, Gran Turismo 6 for the first time. You can check out the video directly on YouTube or in the embed below:

So, I did get a little lost in the details of how this game plays and forgot to circle back to my problems with installing this game. So, I thought I’d do the next best thing and offer more details of this problem.

The installation process of this game is probably the single most involved I’ve ever seen in a game to date. It takes anywhere between 2-3 hours on a good Internet connection to download the massive updates. More if you are on a pretty bad connection, obviously. To make matters worse, once the install is finished, it takes 4-6 hours to install this behemoth of an update. The update I got the “joy” of installing was, I believe, version 1.22.

It was the afternoon when I downloaded the update. I thought I could just pause the process and install it at a later time. Unfortunately, I was wrong on that and it automatically installs right away with no real way of backing out without possibly corrupting the process. By the time it was downloaded, it was getting later in the evening. I spent an additional two hours working on other things. When I started to shut everything down, I checked the install progress and it hadn’t really made much progress. So, in that situation, I figure that the best thing to do in that situation is to leave the Playstation 3 running all night.

I woke up the next day with the Playstation 3 shut down. So, I thought it had finished over night and, with a lack of input for several hours, it shut down on its own. When I booted up the Playstation 3, it appeared as though it had not finished installing. Unfortunately, all I was left was an endless cycle of “install failed” messages every time I proceeded with the process. I tried shutting down the game and restarting the game, but this didn’t yield different results.

So, the only thing left to do was uninstall this whole game and start anew. It took, I think, an hour to uninstall which I think is absolutely insane in and of itself. Since I was part way through the day, I figured that the next best thing was to devote an entire day, babysitting the Playstation 3.

A day later, I started the whole process again from the early hours of the morning. I spent multiple hours downloading it during the morning. I then spent the whole afternoon installing it, occasionally moving an analogue stick in case it somehow chose to randomly shut down on its own due to lack of input. Late that evening, I got the game up and running finally. I tested the first course to make sure it was actually running before switching everything off again, relieved the process was finally over and the game actually works. Again, the most ridiculous install process I’ve ever encountered.

Enough about my troubles, though.

If you haven’t played this game before, does this look like an interesting game to play? Is it exciting to see some of these new features or are there other racing games you’d prefer? Would you be willing to try this game (plugging your nose over install processes in the process) or is the idea of simulation racing too off putting for you? Let us know in the comments below!