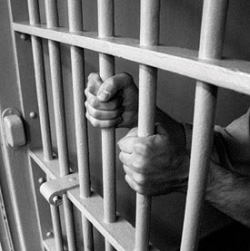 The Electronic Frontier Foundation (EFF) has referred the Ola Bini case to the U.N. High Commissioner for Human Rights (OHCHR).

The Ola Bini case is continuing to move forward thanks in part to the efforts of the Electronic Frontier Foundation. Bini, if you recall, is a developer who helped create projects like JRuby, the open source protocol OTR, and Certbot. Essentially, his efforts have helped make peoples lives better. Unfortunately, thanks in part to a change in government, Ecuador has taken a dislike to activists who have any association with technology.

Shortly after the arrest of whistle-blower and publisher Julian Assange, Ecuador began painting online activists as being associated with Russian actors working to undermine democracy. Their next target wound up being Ola Bini. Bini was arrested for the unthinkable crimes of possessing instruction manuals and USB sticks. His warrant accused him of being a “Russian Hacker”. Bini was subsequently thrown in prison.

Now, the EFF is using this case to push for legal reforms. The organization says that vague “cyber-security” laws criminals mundane everyday activities of developers and activists alike. They risk curtailing free speech and the development of better software and security. From the EFF:

Right now, that combination of misplaced suspicion, and arbitrary detention under cyber-security regulations, is being played out in Ecuador. Ola Bini, a Swedish security researcher, is being detained in that country under unsubstantiated accusations, based on an overbroad reading of the country’s cybercrime law. This week, we submitted comments to the Office of the U.N. High Commissioner for Human Rights (OHCHR) and the Inter-American Commission on Human Rights (IACHR) for their upcoming 2019 joint report on the situation of human rights defenders in the Americas. Our comments focus on how Ola Bini’s detainment is a flagship case of the targeting of technologists, and dangers of cyber-crime laws.

While the pattern of demonizing benign uses of technology is global, EFF has noted its rise in the Americas in particular. Our 2018 report, “Protecting Security Researchers’ Rights in the Americas,” was created in part to push back against ill-defined, broadly interpreted cybercrime laws. It also promotes standards that lawmakers, judges, and most particularly the Inter-American Commission on Human Rights might use to protect the fundamental rights of security researchers, and ensure the safe and secure development of the Internet and digital technology in the Americas and across the world.

We noted that these laws fail in several ways. First, they don’t meet the requirements established by the Inter-American Human Rights Standards, which bars any restriction of a right through the use of criminal law. Vague and ambiguous criminal laws are an impermissible basis to restrict the rights of a person.

These criminal provisions also fail to clarify the definition of malicious intent or mens rea, and actual damage turning general behaviors into strict liability crimes. That means they can affect the free expression of security researchers since they can be interpreted broadly by prosecutors seeking to target individuals.

The detention of various digital rights activists has seemingly become one aspect of a global anti-technology push we’ve seen from the last year or so. Already, we’ve seen security initiatives come under heavy attack by governmental organizations. Additionally, multiple countries are currently working to undermine security and encryption through law. Detaining activists is certainly a particularly troubling turn of events.