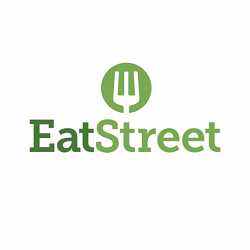 Food ordering service EatStreet could be finding itself making orders of a different kind. Following a hack, 6 million users have been potentially compromised.

Gnosticplayers is continuing their string of breaches. According to ZDNet, EatStreet is another victim of one of their hacks. From the report:

in a series of data breach notification letters the company sent to end customers, delivery services, and restaurant partners, the company admitted to getting hacked.

Per EatStreet, the hacker breached its computer network on May 3 and proceeded to access and download information from its database, until May 17, when the company said it detected the intrusion and promptly terminated the hacker’s access.

The hacker stole information on customers who used the EatStreet online or mobile service to order food from local restaurants to their homes.

The company did not say how many users were impacted by this security incident, but the company’s website claims “EatStreet serves over 250 cities, connecting customers to more than 15,000 restaurants.” On the Google Play Store, the EatStreet app is listed as having over 100,000 downloads.

In an email to ZDNet today, the hacker claimed he was in the possession of over six million user records he took from the company’s servers.

The hack is widely viewed as a followup to the previous Evite hack where 10 million uers had their information compromised.

June is proving to be quite a bumpy month for security incidences. This month started off with a bang when 885 million records were exposed in a data leak by First American. From there, Marriott Hotels’ parent company suffered a data leak. In all 85.4GB of security information was exposed.

After that, the U.S. Customs and Border Protection suffered a data breach. Allegedly, “hundreds of gigabytes” were potentially compromised. Emuparadise was also hacked with 1.1 million forum accounts compromised. Then, who could forget the AMCA data breach which saw 20 million patients exposed. Following the breach, AMCA filed for chapter 11 bankruptcy.

As the month starts to wind up, it is showing that we’re not done with these kind of incidences yet.