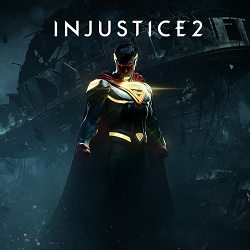 The bad news keeps rolling in for Denuvo as publishers have removed the DRM from more games. This time: Injustice 2 and Soulcalibur VI.

Things continue to unravel for notorious DRM vendor, Denuvo. Earlier, the DRM locked legitimate customers out of over 50 games if they have the Intel Alder Lake CPU in their computer. As if to add insult to injury, the company also seemingly allowed a domain to expire, locking even more legitimate customers out of their legally purchased games for a whole weekend. All this over top of the controversy surrounding Resident Evil Village where Denuvo was also present in that game and performance issues were hampering play.

We are also learning that the developers for the game Injustice 2 is also dropping Denuvo from their game. From Dark Side of Gaming:

Following Bandai Namco’s, Square Enix’s, Crytek’s and 2K Games’ example, Warner Bros has removed Denuvo from Injustice 2. Injustice 2 came out on PC in 2017, so it took Warner Bros and NetherRealm Studios almost four years in order to remove it.

My guess is that the companies removed Denuvo due to the compatibility issues that currently affect Intel’s new Alder Lake CPUs. I mean, it doesn’t make any sense at all to remove this DRM from a four-year-old game.

According to a deleted tweet, Warner Bros may also remove Denuvo from Mortal Kombat XI. Mortal Kombat 11 came out in 2019, so at least that makes more sense.

Another game where developers are removing Denuvo is apparently Soulcalibur IV:

Following the removal of Denuvo from Tekken 7, Bandai Namco has also released this controversial anti-tamper tech from SOULCALIBUR VI. Alas, this is the second fighting game from Bandai Namco that does no longer support Denuvo.

SOULCALIBUR VI came out in 2018 on PC, meaning that it took the publisher more than three years in order to remove Denuvo.

As we’ve already said, the removal of Denuvo is most likely due to the compatibility issues that are present on Intel’s latest Alder Lake CPUs. Thus, PC gamers should be thanking the blue team for enjoying these “Denuvo-less” games.

This seems to be a fast developing story. With speculation already rampant on which games will have Denuvo dropped by the publisher next, there is already high expectations that more games will continue to be added to the list of games that had Denuvo dropped entirely.