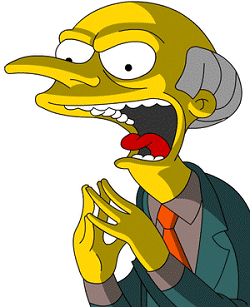 Supporters of censorship are now openly planning on taking things to another level. They are talking about which countries they are going to hit next.

We are now more than a week since Europe passed the open Internet killing laws known as Article 13/17 and Article 11. As one can imagine, supporters of censorship have hailed the passage of a major victory in their war on innovation and technology.

Some observers might think that these laws may be isolated to the European continent. Unfortunately, that doesn’t appear to be the case. Major multinational corporate lobbyists are now opening contemplating turning Europe into ground zero. The idea they are floating is to spread censorship to other countries in an effort to conquer the entire world one country at a time. From Music Ally:

Global collecting-societies body CISAC has also put out a statement by its director-general Gadi Oron. “The European Union has laid the foundation for a better and fairer digital environment – one in which creators will be in a stronger position to negotiate fair license fees when their works are used by big online platforms,” he said.

“This is a hugely important achievement not just for Europe, but for the millions of creators which CISAC represents across the world. We are grateful to all those in the European institutions who have tirelessly worked on this directive and hope that it will lead the way for countries outside the EU to follow.”

It’s comments like that that no doubt have people who support creators and innovation nervous. With EU voting against the will of their people to pass the censorship machines law, lobbyists are hoping to turn destroying the Internet into a trend across the world. Already, the arguments are likely lining up that Europe jumped off the cliff, then other jurisdictions should follow suit or risk being left behind on this innovation killing plot.

No doubt this signals the beginning of future battles between the people, creators, and innovators against corporate lobbying power and endless “donations”.