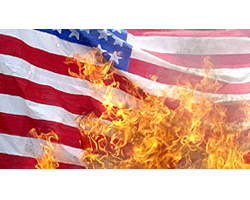 In the morning after the US election, it is still too close to call. The world is beginning to react to what they see.

Last night, the world watched on as the US election finally began unfolding. America as an entire country was being put to the test. For many around the world, this should have been almost no contest. A psychotic egomaniac is running for re-election with an obvious alternative available to restore some sense of sanity. The question for many around the world is, is the American people really who they always boasted they were all about?

As the night dragged on, it became clear that no obvious answer was forthcoming. As we wake up this morning, there is that sense of hope that maybe we’ll finally get an answer. Maybe the ballot count was so high that election officials simply needed more time to count everything. As people began flicking on the TV, checking their cell phones, or firing up the computer, many are left shaking their heads.

The US election is still too close to call.

As this news sinks in, for many observers around the world, the question started to become less of whether they will get a result and more of, “how is this even happening?” You have a president who has basically ransacked the nation and put forth as much effort destroying everything he could. Nearly a quarter of a million Americans are dead with nearly 10 million known COVID-19 cases across the nation. The economy has gone down the drain. International alliances and international trade is being smashed. Regulators are being infiltrated to be mere arms of the presidents personal whims. How did American’s respond to all of this?

An even split for the time being with plenty of the population saying they want 4 more years of this.

To be fair, Joe Biden currently has 238 electoral college votes as of this writing. 270 is needed to win. As of now, he is leading in Michigan (16 votes), Nevada (6), and Wisconsin (10). Working the math, if those leads hold, Biden does get exactly 270 votes. That is enough, though barely, to gain the presidency.

In 2016, the world did, by and large, give the American electorate the benefit of a doubt. Maybe many voters didn’t know what they are getting themselves in to when they voted for Trump. At least with this election, the electorate is in full view for what Trump really stands for. So, it became less of a referendum of the US president and more of a referendum on the people. As a Toronto bases writer put it, the US electorate is already losing credibility:

Turns out, the so-called shining city on a hill is, instead, a black hole where hope, optimism, reason and the future go to die.

Last night was not a referendum on Trump’s character, but America’s character.

Last night, the myth about the decency of America was extinguished.

Last night, the myth about the wisdom of America was extinguished.

Last night, the myth about the exuberance of America was extinguished.

Last night, the myth about the good sense of America was extinguished.

Remember, millions of Americans are ready to elect a strongman as president – twice.

There is, of course, the possibility that Biden can still squeak out a win here. Unfortunately for the world, that isn’t enough for an election that should never have been close in the first place.