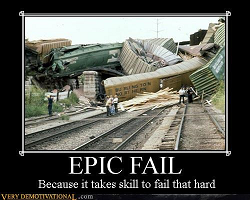 Having no real way of defending Bill C-10, supporters of the legislation have resorted to accusing opponents of not supporting democracy.

Yesterday, we debunked a number of myths that were pushed by the Toronto Star. Among those myths include Bill C-10 not targeting user generated content (it does), the exemption that was removed was to ensure YouTube didn’t use it as a loophole (it wasn’t, it was about exempting user generated content from regulation), and that the Justice Department analysis proves it does not infringe on free speech (the analysis failed to do so).

So, with that utterly failed attempt to defend Bill C-10, the question was, what will supporters do now to support the legislation? Well, as it turns out, they aren’t really relying on facts given that those are not on their side. Instead, it appears that they are relying on conjecture, assumptions, and, er, other tactics we can’t even explain it’s so confused. In another opinion piece, Caroline Isautier wrote an article making an attempt to defend Bill C-10. From her piece:

From The Globe and Mail to The Star and The Logic, articles on Steven Guilbeault’s Bill C-10 focus on it as a way to as a way to apply authoritarian rule to content creation or protect French Canadian culture against the anglophone tidal wave brought about by Big Tech. Is it because its sponsor is Quebec-born ?

The obvious answer is “no”. Arguably, this is the first time we’ve seen anyone even attempt to play the race card in the first place in this debate. At what point did anyone say “we oppose Bill C-10 because the Heritage Minister is French”? After following this debate for over a year, this is honestly the first time we’ve even heard of this. It’s effectively a baseless accusation and one that Isautier herself never backed up with evidence in the piece. Maybe it’s because there is no evidence to back up that assertion that better known critics are just anti-french?

Canadian Conservatives are opposing the bill on the gounds it impedes “ freedom of speech”, a typical American argument used by Big Tech to defend what really is “ freedom of reach” for anyone and everyone, to the detriment of our democracies and rights to privacy. US platforms like Facebook and Google are enabling outsider, extreme theories to flourish by promoting their reach on their platforms- because outraged users spend more time online and that increases profits.

Where do we even begin with this? Well, first of all, experts like Michael Geist and myself are actually non-partisan. Because of this nature, we have the positive aspect of being able to see legislation for what it is, regardless of political affiliation. The downside is that the more hyper-partisan voices tend to attack us from both sides. If Liberals are in power, we get accused of being right wing nut jobs. When Conservatives are in power, we get accused of being evil Liberal hacks. In both instances, we generally get attacked because we are being politically inconvenient at the time.

Second of all, it’s true that opponents oppose the legislation because it’s an attack on free speech. If Canadians have to worry about what is “Canadian enough” about whatever they post or upload, that inherently leads to, at best, self-censorship.

We oppose the legislation because it represents an existential threat to us. If we post International news and analysis, that can theoretically be grounds to say that we aren’t being “Canadian” enough. What about our YouTube video’s that check out non-Canadian video games? How about our podcast that covers non-Canadian stories? By most definitions, this all falls under the definition of user generated content – and content that can be subject to CRTC scrutiny. It’s stuff like this that is precisely why so many are freaking out over this legislation.

Ironically, Isautier confuses freedom of speech with freedom of reach. Freedom of reach is a relatively new term. In the US, there is a push by Republican’s to bar social media platforms from banning certain users (i.e. Donald Trump) from the platform. This regardless of if they violate the rules of the platform. Obviously, there is no “freedom of reach” because that would be unconstitutional. This is much the same way that people don’t have the right to go into a bar, cause property damage, assault people, and be upset when they get removed from said bar. It’s private property.

So, what does this have to do with Bill C-10? Absolutely nothing. This isn’t about private companies moderating user content, this is about government imposing requirements on both the platforms and their users content. Put it another way, Bill C-10 is demanding that user generated content comply with Canadian content requirements among other things. The “right to reach” is about private companies and platforms being barred from moderating the actions of the users that use their platform. That is a critical distinction that becomes more apparent as you dive further into the details.

From there, Isautier goes completely off topic by attacking misinformation online. Is the spread of misinformation – especially by malicious foreign entities – a problem? Yes. So, if you are upset about misinformation being spread online (and concerned about that being a threat to democracy), then go ahead and propose solutions to that problem. Knock yourself out. The problem is that this has, once again, nothing to do with Bill C-10 which questions whether users content is “Canadian” enough.

The paragraph ends with the concern that platforms are profiting off of misinformation. Again, if that is a problem you are concerned about, feel free to propose legal solutions to that. That is going to be exceedingly difficult given that the companies are not typically based in Canada, of course. So, perhaps this is more of a diplomacy concern with the countries that these platforms call home. Once again, though, this has nothing to do with Bill C-10.

They’re also allowing advertisers, whether Russian or extremist US groups like QAnon, to micro target individuals with different messaging so as to oppose citizens to each other more than they would otherwise. Is allowing this to continue unfettered a desirable outcome for a country, be it Canada or any other ? US senators are actively fighting Big Tech themselves. But Canadian anglophones MPs apparently believe it is preserving the French culture that drives Minister Guilbeault and that they should naturally oppose that.

This goes back to basically trying to play the race card again – namely the last sentence of the paragraph. It also is a complete mis-characterization of why people oppose it (this has already been covered above). It has absolutely nothing to do with the bill’s creator being French and everything to do with the threat that their speech is going to be silenced. Really, even trying to make this a French vs English debate is complete nonsense because it has nothing to do with the differences of the two culture. Making blanket statements obviously doesn’t make it any more true either.

Canada has a unique culture, different from the American one, that goes further than its trademark modest and understated character. It has a much stronger heritage of trying to protect individual’s privacy, thanks to a law that, even though its enforcement is lacking, was enacted in 2 000, well before any US state passed theirs, called PIPEDA (Personal Information Protection and Electronic Documents Act). It had a privacy-by-design champion that inspired the European privacy legislation GDPR, Ann Cavoukian, who was a long time head of the Ontario privacy comissionner’s office.

So, somehow, we got so far off topic that we are now covering Canadian privacy. Still, these assertions about the state of Canadian privacy laws are downright laughable and out of date. First of all, we are citing a 21 year old privacy law and holding it as a standard to the world.

Second of all, Canada has actually become the laughing stock of the world thanks to our badly outdated privacy laws. As we previously covered, while other countries have the power to fine companies that violate users privacy, Canada has been lagging behind with the law that only allows the privacy commission to send strongly worded letters to these companies – after which, there are no tools left in the chest. This is something we highlighted with the recent Facebook security incident. What’s more is that efforts to close these critical legal flaws has been left stalling thanks to the government dragging its feet on the issue.

Large corporations, thanks to Facebook, now know that there are no repercussions from simply ignoring the comments of the provincial and federal privacy commissioners. So, they can simply run those letters through a shredder, wait for the media attention to die out, and call it all a done deal without needing to fix anything on their end. At the end of the day, the Commissioners have no real teeth to hold corporations accountable in any real tangible way. Canada needs to update it’s privacy laws to keep up with other countries – and by all accounts, we probably won’t get it.

It believes in freedom, but that freedom stops at the right to bear arms.

… at this point, even we can’t follow why Isautier even brought this up. We aren’t even talking about digital rights and technology at this stage.

Yet, after all of that, Isautier concludes with this:

Opposing Bill C-10, on the grounds creators will not be able to produce videos on YouTube, is ill-founded. Canadian anglophones may wish to think about whether they value their own culture and democracy. Quebecers already know its not only a language issue but a cultural one to impose the same rules on foreign media as on local ones.

In other words, it’s ill-founded to oppose Bill C-10 on the grounds that it would impede people’s ability to post YouTube videos because Canada has (outdated) privacy laws, that the guy who wrote the law is French, Conservatives oppose it, there’s misinformation online, and Canada, in Isautiers opinion, doesn’t have the right to bear arms. How this is even an argument is beyond us.

This may very well be the worst defense we’ve seen yet of Bill C-10. Not only does it not address the concerns, offer evidence to the contrary of what we have been noting, but it also goes so far off topic that we can’t even follow why these arguments are even being made in the first place. It’s completely incoherent and, at best, it resorts to mud slinging seemingly because there’s no other tactic to use at this stage. One can easily argue that this is further evidence that the bill needs to be scrapped because the defense of it is so unconvincing.