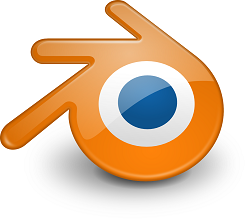 The Blender Foundation is finally largely online. However, in the wake of the mysterious shutdown, they are testing a new PeerTube service.

With the article 11 and article 13 story finally settling down, we wanted to turn things back over to something we covered earlier. On the second half of last month, YouTube began shutting down legal channels under the guise of copyright infringement. This in spite of fact that these channels actually carry legal content.

The Blender Foundation has said that their elevated support on YouTube has been less then helpful after being largely left in the dark over why their channel was shut down. Rather than risk all of their content being blocked everywhere, they started up a service known as Peer Tube. One thing is for sure, this is one perk of being a larger non-profit organization like Blender because they have the resources to start a service like that in the first place. Not every channel out there has the resources to carry video like that on their own servers.

The move is a very logical one. If one can’t reliably host their content on YouTube without being blocked for unknown reasons, actions to protect the availability of the content might need to be taken.

As for YouTube, the optics are not good. For one, you have the image of a big website cracking down on an organizations channel seemingly out of the blue. In addition to this, it’s quite difficult to attack an open source project without some form of backlash. The fact that there hasn’t been much of an explanation for why the video’s were blocked globally only adds salt to the wound. From a PR perspective, there is a lot to motivate the site to find a quick resolution.

The latest update on the story from Blender is that YouTube is demanding that Blender sign a new agreement. They posted the entire agreement they are being asked to sign here (PDF). Blender says that although all but one video has been restored, they are hesitating on signing this new agreement.

We’ve taken a look on the rest of their site and their Twitter account, but so far, there isn’t anything new to the story that we are aware of. So, as far as we know, they have been shown a new agreement, but they are hesitating on signing it until they study it first.

One can only hope Blender’s experience is largely unique and that others outside of the political party and MIT have not experienced this.