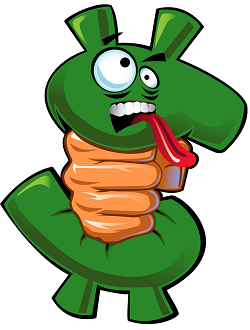 Advertising dollars have been acing a squeeze lately. Now, Big UK publishers are calling for preferential treatment for their outlets.

The other day, we reported on large news aggregator website, Fark.com, facing what Drew Curtis called an “existential threat“. At issue is the economic squeeze the ad supported site is suffering from. The revenue stream from their perspective is facing a sort of double-whammie. On the one hand, advertisers are cancelling early over the COVID-19 pandemic. Some of the remaining advertisers are simply blacklisting all content that features news about COVID-19. As a result, the site is facing hardship that Curtis says is worse than the 2008 great recession.

Of course, during these difficult times, many responsible world leaders are encouraging people to support each other. The message is generally that better times are ahead, but in these troubling times, everyone needs to do their part to help each other out. This includes finding ways to help smaller businesses stay afloat, helping out neighbours, and encouraging social distancing and hand washing.

Unfortunately, the message that we must all help each other out isn’t getting through to some big UK publishers. In a recent open letter, they called on advertisers to unblock keywords such as “coronavirus” and “COVID-19” only for “trusted” news organizations. Here’s a screenshot of a part of that open letter:

At first blush, this doesn’t seem like something that is that unreasonable. However, as Reclaim the Net points out, this could put a further squeeze on independent journalism sources such as Freezenet. From ReclaimTheNet:

Independent creators are also seeing their revenues decline significantly because of the coronavirus with YouTube creators reporting that their ad revenue is down by as much as 50% in March and data from influencer marketing firm Izea suggesting that sponsored posts rates for creators are likely to fall by 25% because of the virus.

Yet instead of requesting changes that give all content creators an opportunity to monetize their coronavirus content through ads, this open letter only asks for a select group of large, powerful legacy media outlets to be granted the privilege.

This isn’t the first time we’ve seen major media outlets attempt to try and put the squeeze in independent journalism. Back in February, a similar campaign happened in Canada when the CBC called for a “trusted news” regulatory whitelist. The idea is that small independent voices should face heavy regulation from the Canadian government all the while giving special free speech privilege to the major media outlets. At the time, we pointed out what a major assault on free speech this represents.

Now, things are different now that we are facing a global pandemic. It seems that outlets are utilizing COVID-19 as a way of attempting to build in a special privilege for major media outlets. Of course, the optics of using this pandemic as a shoehorn to gain a business advantage is, at best, terrible. What’s worse is that establishing a special privileged status is only the beginning. What likely is going to happen is that publishers are going to start using this status to further squeeze out the competition by simply gradually starving them to death for precious advertising dollars.

The hope here is that if changes do happen, it will treat everyone equally instead of simply focusing all the dollars on the big players. Unfortunately, there is little smaller publishers can do at this stage to put a stop to this. This is because many are already cash and resource strapped, trying to keep things afloat to the best of their abilities these days. If big publishers get their way, many of these voices may eventually find themselves disappearing one at a time.