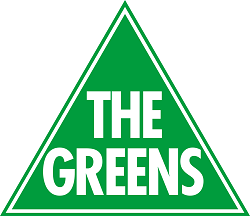 Australia’s anti-encryption laws continues to get push back. This time, that push back is once again coming from the Australian Green Party.

The controversial Assistance and Access Act, known widely as Australia’s anti-encryption laws, is continuing to get push back. Late last month, we reported on fresh calls to significantly rework the laws by FastMail and Mozilla.

Now, there is renewed calls from the Australian Green Party to completely repeal the laws altogether. From ITWire:

Greens Digital Rights spokesperson Senator Jordon Steele-John said in the three months that the law had been in place — it was passed on 6 December 2018 — there had already been hundreds of assistance and access requests.

“[This means] vulnerabilities may have already been built into the technology we use every day,” he said in a statement on Wednesday.

Senator Steele-John said if vulnerabilities or backdoors now existed in technology in common use — such as mobile phones or tablets — “then they will be able to be exploited by third parties, meaning all of us are less safe online”.

“Worst of all, if you ask your tech provider whether they’ve built a vulnerability or backdoor into technology that you use, they are obligated, under this law, not to tell you!” he added.

Steele-John went on to say that those who are the target of such orders are likely no longer using encrypted services like WhatsApp and long moved on to other services not affected by the laws and questioned what the point even was of these laws to begin with.

Already, backdoors have already been requested by authorities. Many argue that this is the reason why many are now looking at Australian-based services with suspicion when privacy is a factor. Because backdoors are being implemented, encryption is becoming weaker, making everyone less safe online now.

What’s more is that other countries are seeing these laws as a reason to begin further cracking down on their citizens. Earlier this weak, Thailand, seemingly following Australia’s lead, passed laws permitting authorities to seize devices and network equipment without a warrant. That latest move has sparked concerns that lese majeste laws, among others, would be more rigorously enforced at the expense of privacy and free speech in that country.

Additionally, the anti-encryption laws sparked concerns from New Zealand where there was concerns that the laws would undermine personal privacy of government data thanks to cloud computing efforts of government infrastructure.

With a government review of the laws happening in early April, it’s not really a surprise that opponents are renewing calls to either significantly reform or completely repeal the laws altogether. The Australian government has already expressed little interest in changing direction on these laws. During the legislative process, concerns about the laws were largely ignored. As a result, the laws were passed in a rushed process.

Whether these latest efforts to restore some semblance of sanity in the country remains to be seen. For the sake of online safety, proponents of encryption likely hope so at this stage – even if a lot of damage has already been done.