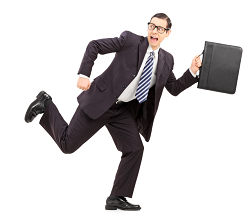 Innovation and investment is going through an exodus away from Australia. That according to at least one company on the ground.

In August of last year, Australia moved to weaken encryption through law. The technology and privacy sectors swiftly condemned laws, warning that it would cause innovation and investment to flee the country back in November. In December, the government ultimately thumbed their noses at the industry and passed the law in a rushed process without evidence.

Now, the fears of a flight of business and investment is coming true. According to ZDNet, Australian cloud computing company, Vault, is noting a mass exodus of innovation and investment thanks to Australia’s anti-encryption laws. From the report:

Australian cloud provider Vault Systems has said it is being “materially and detrimentally impacted” by Australia’s encryption laws, even if it is just the perception of them.

“As foreign governments and customers are assessing against a ‘media headline test’, we are in an unfortunate position where logical persuasion is not sufficient to counter perception,” Vault said in a submission to a review of the laws.

“We are currently seeing an exodus of data from Australia including physical, operational, and legal sovereignty.”

The cloud provider said based on the size of the Australian market, and its “perceived compliance burden”, it has seen multinationals blacklist the nation, even when the same company operates in China and Russia.

“Current legislation does not prevent these companies continuing to provide services to Australia citizens, companies or government. In effect, these companies are eluding the law and attaining revenue while every day Australian citizens are suffering the consequences.”

This latest news is an interesting follow-up to a report we brought you last month where the anti-encryption laws is sparking fears of an internal brain drain. Educational institutes raised fears that prospective students would steer clear of high end computer science education over fears the government could be peering over their shoulders while they work.

The good news in all of this is, perhaps, the fact that the Australian experience could serve as a warning to other countries. If you make it policy to break encryption, you will face the consequences on a variety of fronts. As of now, we are aware of Germany and the UK planning on weakening encryption through law in their respective jurisdictions. People opposed to these types of laws don’t have to rely on theoretical possibilities to show why it’s a bad idea. All they have to do is point to Australia and ask, “Do you want to end up like them?”

While there are effort on a variety of fronts to repeal the laws, it seems that Australia will suffer for quite some time now. With all the self-inflicted reputational damage that has been caused, even if these laws get repealed tomorrow, it will take a considerable amount of time to repair the damage.