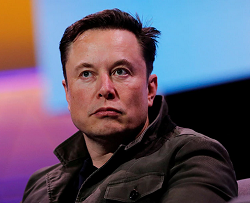 The $44 billion deal between Elon Musk and Twitter might have cleared one hurdle, but there are still others that could thwart it.

The back and forth over the prospects of the $44 billion takeover of Twitter has been so dramatic, one could get whiplash from it. At first, the deal seemed unlikely to happen as it was just one of the many musings by the right wing billionaire. Then, Elon Musk formally made the announcement that he intended on buying Twitter back in April. The deal went from an eye rolling musing to a dead serious and all but done deal.

In response, Twitter users began searching for alternatives because the signals were that Musk truly intends on making Twitter another failed right wing echo chamber. Right wing extremists, feeling like the deal is all but over, called on Twitter to ban those thinking about leaving ironically in the name of free speech. It all had the air that this was really happening and that Twitters days appeared to be numbered.

Just as the deal seemed to be merely in the formalities stage, a last minute dispute by Musk put the deal on hold in May. Musk decided to get into a public spat over bot numbers shared by Twitter. At the time, there was also speculation that because Musk’s deal caused the share value of Twitter to plummet, he might renew his deal by offering a lower bid. The volatility really turned the certainty into a far from certain situation.

Recently, however, the Twitter deal cleared another hurdle. The FTC has a window of opportunity to intervene in such an acquisition. A recent report says that the time has elapsed with no complaint from the regulator. From The Hill:

The waiting period under the HSR Act, or the Hart-Scott-Rodino Improvements Act, for the bid expired late Thursday night. The HSR Act requires parties to report large mergers and acquisitions to the FTC and the Department of Justice’s antitrust division for review.

While this is a step towards the deal being final, there are still other hurdles for the deal to clear. A lawsuit was filed against Musk in California by a Twitter investor. The investor alleges that Musk violated numerous state laws during his bid to buy the platform. From the BBC:

The case alleges he violated California corporate laws in a number of ways.

It accuses the Tesla boss of “wrongful conduct” as his “false statements and market manipulation have created ‘chaos’ at Twitter’s headquarters in San Francisco”.

The proposed class action lawsuit was filed this week at the US District Court for the Northern District of California by investor William Heresniak, who said he was acting “on behalf of himself and all others similarly situated”.

A class-action is a lawsuit that has been filed or is defended by an individual acting on behalf of a group of people.

What’s more is that advocacy groups including anti-hate groups are also seeking to block the deal. From CNBC:

A dozen advocacy groups are launching a new campaign Friday aimed at blocking Tesla CEO Elon Musk’s $44 billion purchase of Twitter, warning he will degrade important safeguards on the platform if he’s allowed to take control.

The Stop the Deal campaign, shared exclusively with CNBC, includes plans to put pressure on government agencies to review the acquisition, persuade Tesla stockholders to take action against it ask advertisers to pull spending from the platform.

It highlights concerns that many progressives have shared about how Musk’s acquisition and plans for a more open platform could allow for more rampant hate and harassment on the platform.

What’s more is that it appears that the Securities and Exchange Commission (SEC) appears to be getting involved, potentially looking at launching a probe into the deal. From the Guardian:

The US financial watchdog has contacted Elon Musk about the disclosure of his stake in Twitter, asking the Tesla chief executive why he appeared to file a crucial form late.

The Securities and Exchange Commission published a letter sent to the world’s richest man in which it asks a series of questions about how he declared his acquisition of a 9.2% stake on 4 April. The move prompted a flurry of corporate activity that led to Twitter accepting a $44bn (£35bn) takeover bid from Musk on 25 April – although he has since announced that the deal is “on hold” while he seeks more information about the proportion of fake accounts on Twitter.

In the 4 April letter, the SEC asked why a schedule 13G form announcing Musk’s acquisition of a large shareholding “does not appear” to have been filed within the required 10 days of the stake passing the 5% level where it needs to be disclosed publicly. According to Musk’s own filing, he passed the 5% level on 14 March and therefore should have filed the form by 24 March.

“Please advise us why the schedule 13G does not appear to have been made within the required 10 days from the date of acquisition as required by rule 13d-1(c), the rule upon which you represented that you relied to make the submission,” said the SEC in the letter, dated 10 days before Musk announced his takeover bid.

The SEC said that once it had reviewed Musk’s reply it “may have additional comments”. In 2018, Musk reached a settlement with the SEC over a tweet in which he said was considering taking Tesla off the stock market and into private ownership and had “funding secured” for the proposal.

So, the deal went from what looked like a bad joke to an all but certainty, then back to a deal with a lot of hurdles and uncertainty which you see in this article. Technically, it’s still possible that this deal can run through the gauntlet of questions, lawsuits, and campaigns – all of which stands to put an end to the deal. The likelihood, however, appears to be low at this stage. A lot of these problems appear to be self inflicted as well, leading some to wonder if it was Musk, himself, that ended up being what put a stop to the deal. It isn’t over yet, but it’s going to take quite a comeback to get the deal back on the rails again.