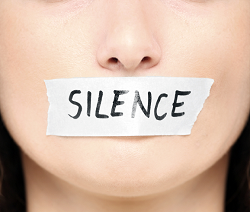 The Liberal party has overruled the speaker and shut down debate. Now, they are putting secret amendments to bill C-10 to a vote.

The debate over Bill C-10 has devolved from anti-democratic to Orwellian. Earlier this month, fearing that people just won’t shut the expletive up about Bill C-10, the Liberals overruled the speaker and pushed to shut down debate. That effort was ultimately successful. The move was so anti-democratic, the NDP and Green Party questioned the move.

Now we are learning that the Liberals are utilizing the now compressed time schedule to undergo a little secret lawmaking of their own. Without disclosure or debate, amendments are being introduced to the legislation on top of it all. Experts are describing this development as “shocking”. From Michael Geist:

The Liberal government’s push to pass Bill C-10 took a disturbing turn at the Canadian Heritage committee yesterday as the Liberal MPs overruled the committee chair to allow for dozens of undisclosed amendments to be voted on without any debate or discussion. While the MPs on the committee have access to the amendments, they are not made available to the public until after the committee completes its review. In normal circumstances, an amendment is introduced by an MP (the amendment may not be posted but it is often read into the record by the MP and its intent is discussed), there is an opportunity to ask questions of department officials on the implications of the amendment, MPs engage in debate and can propose sub-amendments. Once all MPs are satisfied that they understand the implications of the amendment, it comes to a vote. All of this takes place in a transparent, public manner.

Not with Bill C-10, however. For example, yesterday the committee approved amendment LIB-7N. The only thing disclosed during the committee meeting was that it amends something in clause 8 in the bill. The specific amendment was not publicly disclosed, there were no department officials to comment or answer questions, there was no debate, and no opportunity for sub-amendment. The amendment was simply raised by number and MPs were asked to vote on it. The amendment passed with the support of Liberal, Bloc, and NDP MPs. This form of secret law making is shocking and a complete reversal from a government that claimed to prioritize transparency. Indeed, it is hard to think of a more secretive law making process in a democracy than passing amendments to a bill that are not made available to the public prior to the vote nor open for any discussion or debate.

To see Liberal MPs support this secretive law making approach simply destroys any credibility the MPs or the party has with respect to the commitment to transparent law making (and for the NDP to back this approach is appalling). Yesterday, the committee worked through several secret amendments with enormous implications for the Broadcasting Act. For example, my understanding is that LIB-7N was a Housefather amendment that includes significant changes to how the CRTC determines what constitutes a “Canadian program” for the purposes of the Act. To pass such an amendment without publicly disclosing the proposal, seeking out expertise, and engaging in debate is terrible lawmaking. The same is true for G-12, another Housefather backed amendment that uses net neutrality language such as “unjust discrimination” but in the context of the Broadcasting Act may undermine net neutrality and lead to hundreds of complaints about the content found on streaming services.

And those are just the amendments passed yesterday. There are dozens on the agenda for later today that touch on issues such as contractual negotiations, French language spending, and copyright. How do you pass these amendments without ever publicly disclosing them, consulting experts, inviting sub-amendments or doing anything else consistent with transparent and democratic lawmaking?

For the Liberals, NDP and Bloc to adopt secret new provisions that will not be revealed until after the committee has concluded its work forever taints Bill C-10 as the product of an illegitimate process. If the bill makes its way to the Senate, it will be incumbent on the Senators to conduct the democratic, public hearings that the Liberals rejected and ensure that the dozens of amendments that were never part of a proper Parliamentary process are fully revisited and properly vetted.

The lawmaking process is so bad, it is reaching TPP levels where we had to rely on leaks to know what laws are being made behind closed doors with multinational corporate interests being able to monitor the lawmaking process on the inside. To be sure, this is about as bad as things can practically get in terms of lawmaking.

At this stage, the process alone is enough to be reasonably opposed to the legislation. This over top of the myriad of problems about how it’s unconstitutional, regulates free speech, and tries to treat the Internet like cable TV among other things. If there is another major government bill that is more lawsuit bait than this, we aren’t aware of it.